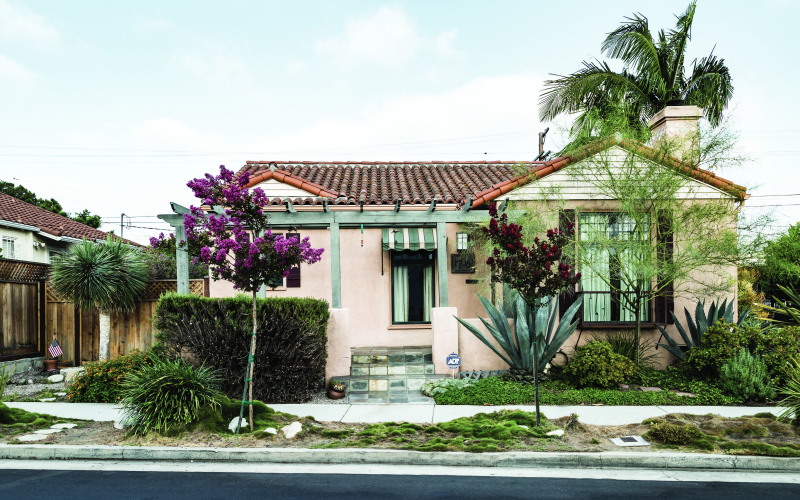 ANYONE IN THE MARKET to buy a house in L.A. has heard the horror stories about little bungalows receiving a dozen offers above asking, several of them all cash, all in a single day. Then a few months later the same houses show up on the MLS again, with a fresh paint job, new cabinetry, maybe some updated appliances, and a steep price hike.

For most young buyers, the dream of owning a home can seem less and less attainable. For developers, the lure of the pejoratively named “fix and flip” house means a solid profit in a relatively short amount of time. Yet even flippers face a competitive market: They often have to come up with the cash immediately and typically rely on personal networks of high-net-worth individuals and private lenders.

This is where crowdfunding comes in. L.A.-based companies such as PeerStreet and Patch of Land have built marketplaces that match investors with borrowers who need financing faster than a bank or traditional mortgage broker can provide it. With steeper interest rates than banks typically charge anywhere from 8 to 13 percent on an annualized basis—it’s an  attractive opportunity for investors who want a quick return and can put in as little as $5,000. It also opens real estate investment to a broader base. PeerStreet founder Brew Johnson’s pitch? Companies like his “level the playing field between Main Street and Wall Street.”

JASON FRITTON, COFOUNDER and executive chairman at PeerStreet competitor Patch of Land, elaborates: “If you look at how these projects used to be funded, it was a backroom-handshake business. You had to have a ton of money and know someone.”

The reality, though, is a bit more complicated. The platforms are open only to accredited investors, which means they need to show income of at least $250,000 annually for the past three years or $1 million net worth.

While faster access to cash sounds like an engine for gentrification, it’s not just homes in Boyle Heights or Northeast L.A. succumbing to fix and flips. For Robert Williams, a Patch of Land borrower who has gotten back into the flipping business after selling homes in the Bay Area in the 1990s, the more attractive bets lie on the Westside. He’s flipped homes in Beverly Hills, Brentwood, Pacific Palisades, and Encino.“There’s money in any segment you want to be in,” he says. “But there’s more stability buying a $1 million house in a $2 million neighborhood.”

RELATED: These Neighborhoods are the Most Expensive Places to Live in L.A. County