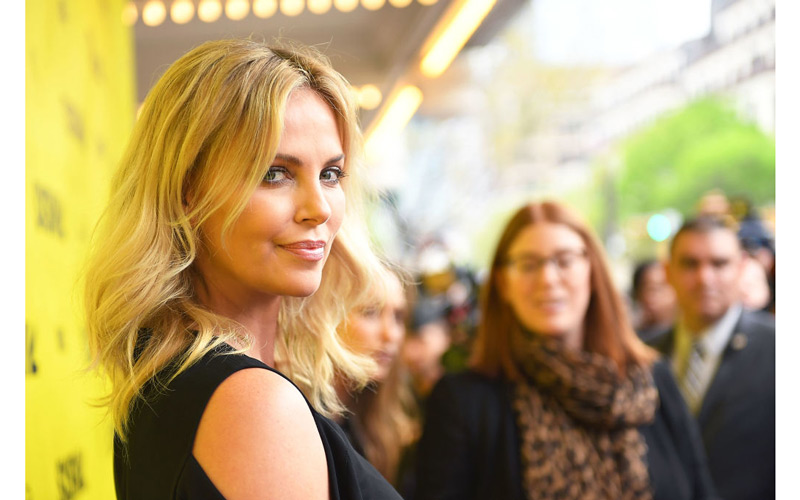 The scene people are talking about in Atomic Blonde comes about two-thirds of the way through the picture. As a British MI6 operative in 1989 Berlin recovering a secret list while the Wall totters, Charlize Theron crashes through the halls and stairwells of an apartment where she bashes assailants with household objects and gouges unmentionable parts of the anatomy with corkscrews. It’s as intense a fight as any in modern movie memory, and by the time it finishes and the audience remembers to breathe, Theron is more worse for the wear than she’s been since her Oscar-winning performance as a serial killer in 2003’s Monster. Not so long ago moviegoers of any gender would have been skeptical of such a scene with a woman, but no one will have trouble believing Theron’s ferocity.

Given her early personal history—tragic and sensational enough to sound apocryphal—you get the feeling Theron doesn’t plumb too many depths to get in touch with her inner Bad Girl. She grew up in apartheid-era South Africa, the only child of a fraught marriage that ended when her mother, defending herself and her daughter, shot and killed Theron’s abusive alcoholic father. (The mother was legally exonerated.)

The younger Theron studied ballet until an injured knee betrayed her, and two decades later it would be a dancer’s sense of her own physicality that persuaded George Miller to cast her as the one-armed avenging angel Furiosa in Mad Max: Fury Road, one of the rare occasions when anybody has upstaged Tom Hardy. Theron knocked around Europe and New York as a model, and then her ever-supportive mom financed a trek to Hollywood, where she got her break when an agent spotted her in a shouting match with a bank teller; not long after, Theron fired the agent for trying to land her the lead role of a stripper in 1995’s Showgirls, which went to never-heard-from-again Elizabeth Berkley. Theron’s speaking debut came the following year as a hit man’s moll in the Tarantino-lite 2 Days in the Valley, and she’s what you remember if you remember the movie at all, even among an estimable cast comprising Jeff Daniels, Danny Aiello, and James Spader thinking he was stealing the picture that Theron stole from him, particularly in a protracted scene of hand-to-hand battle with Teri Hatcher.

The Hollywood vogue in two-fisted women isn’t new. It’s been gathering steam for as long as Theron has been in pictures, during which Milla Jovovich in the Resident Evil series was more a prototype than anyone wants to admit and The Hunger Games helped make Jennifer Lawrence one of the planet’s biggest stars. But the trend has reached critical mass this summer with Atomic Blonde and the unexpected phenomenon of Wonder Woman, featuring the summer’s other über-femme, former Israel Defense Forces combat trainer Gal Gadot. While the overthinking American depressive in me wishes this was a collective cultural response to the misogynist-in-chief currently running things, of course that’s silly. Movies take too long to make to be an instant response to anything.

More likely studios and filmmakers finally crystallized what always was an obvious formula for having the cake and eating it: Heroines who are figures of empowerment for not only gamer girls but mature women who ordinarily don’t care about comic book movies like Wonder Woman; and heroines who also are figures of hotness for sexually flammable boys of all ages. Before any of us, men especially, start making undue claims to enlightenment, it should be stipulated that you don’t need to be too far up the male evolutionary scale to spend two hours watching Lawrence or Gadot, or Scarlett Johansson in this past spring’s Ghost in the Shell, or for that matter Emilia Clarke marshaling dragons on behalf of her inevitable triumph in Game of Thrones. Women filmgoers, who have an evolutionary head start, however, note not unreasonably that although it’s swell a major summer blockbuster like Wonder Woman is directed by a woman (Patty Jenkins), a female writer wouldn’t have hurt either. This is all the more evident when the picture peaks halfway through with Diana Prince’s charge from the trenches of World War I evoking Joan of Arc, before the film descends into the typical wall-to-wall smash and boom of every other superhero movie made by guys.

Sexism, objectification, call it what you will: Before Gadot was a soldier defending her country, she was Miss Israel in the Miss Universe pageant, and it would be disingenuous to pretend the women driving these new action stories aren’t beautiful. Nobody exemplifies this two-edged sword like Theron. The commodity of beauty that got her noticed in that bank line also potentially presented obstacles when it meant dealing with Hollywood on its terms. Theron has been savvy enough to weaponize beauty. Sometimes she sabotages it to her ends, as in the case of Monster, where prosthetics and weight gain might have seemed a stunt but for the acting chops she brought to the role; and sometimes she hot-wires it to the psyches of dangerous women, whether in Mad Max—which has fueled years of serious if unconfirmed rumors that its prequel would be called Furiosa—or the latest Fast & Furious installment, or two updates of Snow White, where no quick-thinking magic mirror, however distracted it may be by Kristen Stewart, should dare argue who’s the fairest of them all.

Atomic Blonde is about nothing if not Theron playing to—and against—her beauty. She’s the least inconspicuous undercover spy since Sean Connery lit his cigarette at a baccarat table more than half a century ago and coolly answered the inevitable inquiry with “Bond, James Bond.” Blonde’s most preposterous moment among many is when, nearly six feet tall with hair so platinum, it’s radioactive, Theron grumbles that somehow the Stasi had no trouble identifying her within three seconds of exiting Zoo Station. The very first time we see her in the picture, she’s naked in a bathtub full of ice cubes, which doesn’t sound like such a bad introduction to Charlize Theron—but in fact the important thing about the scene is how her body reveals the map of an assassin’s violence. It’s a moonscape of bruises and blotches and battering, and a crucially unflattering moment of integrity in a picture that’s otherwise not trying to be John le Carré but is played for thrills and art-directed to such a stylish fare-thee-well that it makes Baby Driver, the summer’s other exercise in celluloid-chic, look like a Depression-era newsreel. While Atomic Blonde falters in its second act for (one sighs heavily) that most familiar of reasons, which is the filmmakers’ reluctance to set aside a single one-thousandth of its $30 million budget for a dialog writer, it recovers in that stairwell where Theron shifts into overdrive and kicks the script’s ass along with everybody else’s. Until the Atomic Blonde meets Furiosa in the future Day-Glo wasteland of one sequel or another, men and women alike might get out of the way.

RELATED: What Percentage of Major Movies Are Filmed in L.A.?