Home Business The Price Is Right 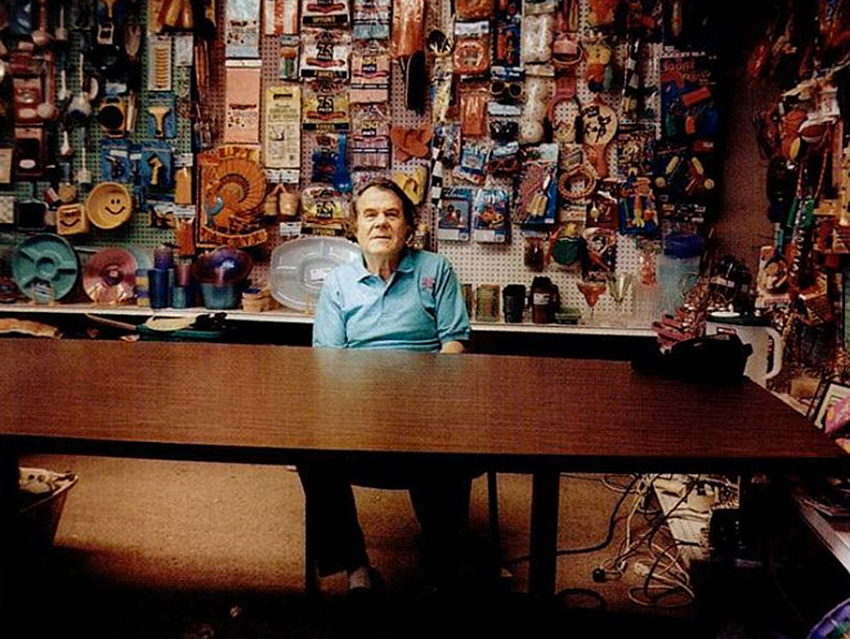 There may be nothing more revealing about a culture than the harebrained schemes and failed gewgaws of its people, most of which will one day turn up in your local 88, 97, or 98 Cent store. Generally speaking, such places are dark and orderless, with stock that changes every day. The most arcane are located in Koreatown, where a recent trip yielded Funky Supreme dishwashing detergent, which was sandwiched between tamale husks and a Chinese Hula Hoop with scalloped edges to massage the organs as one twists. But in the hierarchy of dollar stores, or deep, deep discounters, or “extreme-value retailers,” as they are referred to on Wall Street, the 99 Cents Only chain is the Cadillac.

The 99 Cents Only stores, of which there are currently 112 in California, Nevada, and Arizona, with ten more due by the end of the year, are supermarket sized and stupefyingly bright. They have a deli section with Oscar Mayer sliced ham and Sugardale bologna and Mrs. Paul’s fish sticks and Pillsbury muffins and Jell-O pudding. They sell merlot and mousetraps, Gruyere cheese and power-steering fluid, Queen Amidala underwear and multivitamins. There are cookie aisles, pet food aisles, cosmetics aisles, and baby aisles with five different baby bottles, four types of nipples, powders, rattles, diapers, and teethers. Some people buy their condoms there. All of these products are always displayed in thin, ankle-to-neck-high vertical bands of contrasting color that make the whole store hiss and vibrate if you shop there too long.

The closer we teeter to recession, the more people will shop at the 99 Cents Only stores. And the more the cash register chings, the greater grows Wall Street’s love for Dave Gold, the former liquor store owner turned folk hero whose fantasy of opening a store in which everything costs 99 cents birthed a bargain behemoth that did half a billion dollars in sales last year, employs 5,000 people, has $125 million in cash, and carries absolutely no debt. Dan Wewer, senior retail analyst for Deutsche Banc, says NDN—the company’s ticker since going public in 1996—”has the best unit growth potential in value retailing and possibly all of retailing.”

As if Wall Street’s imprimatur weren’t enough, the art world has deemed Gold’s trademark displays so noteworthy that the Museum of Modern Art in New York recently exhibited a mammoth photograph of a Sunset Boulevard store. Taken from a ladder overlooking the candy aisle, Andreas Gursky’s photograph immortalizes the confetti-color overload of the 99 Cents Only stores for those who’ve never been in one. But for those of us who live here, it’s Gold’s window displays that have insinuated the stores into our consciousness. Had you driven by the Wilshire Boulevard store in early April, for instance, you would have noticed a glowing mass of 9 Lives cat food arranged in the style of Warhol’s Campbell’s soup. That is to say, six cat food boxes high by eight boxes wide, flanked by similar displays of Fiddle Faddle, Faultless spray starch, Reynolds Wrap, Armor All, Downy, Champion raisins, and Heinz catsup, all stretching off toward Beverly Hills. Had you driven north or south or east you would have noticed the exact same cat food displayed in the exact same fashion in the windows of the hundreds of 99 Cents Only’s copycats that have cropped up in this town since Gold opened his first store 19 years ago.That his displays have been imitated so many times that they’re now synonymous with bargain closeouts the way striped poles used to connote haircuts doesn’t bother Dave Gold in the least. “I don’t think about it”, he says. “The worst thing is when a person has too much time to think. You start feeling sorry for yourself.”

“99 Cents Only is a bargain behemoth that did half a billion dollars in sales last year, employs 5,000 people, and has $125 million in cash.”

Gold is 69 years old, has long frizzy gray hair, sad eyes, a perpetually dreamy expression, and a borderline Elmer Fudd voice. He wears jeans to work, is a history buff and would never sell cigarettes, on account of big tobacco’s politics. He is also the 37th-richest man in Los Angeles, a fact he seems genuinely embarrassed by. Lest the public mistake him for one of those greedy, heartless tycoons, he tells each person who interviews him that he drives an old car, has no parking space at the office, lives with his original wife (in the same house they’ve lived in for 39 years), and gives stock options to all employees after they’ve been there six months.

The company’s headquarters in the City of Commerce seem specially designed to convey bleakness. The ceiling is low, the carpet stained, the light unflattering, the furniture old or plastic, and some woman is always on the PA system shouting for some person to move some car off the loading dock. The walls are plastered with Gold’s collection of historic newspaper front pages, in no particular order. O.J. Simpson’s giant face hangs between a 1937 zeppelin crash and NIXON QUITS, and everywhere one turns there are products, starting with a massive display of beverages in the starting room. There’s M*A*S*H 4077 beer in a camouflage can, a bottle of Grateful Dead “Dead Red” de-alcoholized wine, a bottle of Chateau Du Golf wine with a golf ball and tees floating in it, and a bottle of Canadian bamboo-flavored water. One of Gold’s more noteworthy failures, the bamboo water had to be marked down from two for 99 cents to four for 99 cents and then 24 for 99 cents just to move it out. “People didn’t care for it,” Gold says.

For a man who’s made millions off of other people’s gaffes, Gold is still disturbed by poor packaging and ill-conceived products. When one of Gold’s buyers enters his pile-filled office with a ready-to-eat chocolate pudding sample, Gold looks up from a foot-high mound of checks and winces. “That’s a terrible color—what is it, purple?” He pulls a box of Orville Redenbacher cheese-flavored microwave popcorn from a drawer. “Look,” he says, pointing to what appears to be a series of cheese clots printed on the package. “This should have been popcorn, but it’s cheese. The person that designed it probably was a person who gets a lot of bucks, but you wouldn’t even know it was popcorn if you walked by it quickly. There should have been popcorn kernels, it would have been a lot better.”

A product that should never have been invented can be heartbreaking. “I don’t care when the large companies lose, but when the small individuals do it’s a different ball game,” Gold says. “What happens is, someone will get an idea, and they ask their friends about it, and the friends are too embarrassed to say it won’t sell so they give their encouragement rather than tell them it won’t sell, and they take their hard-earned money and in some cases lose a large portion of a lifetime. So it’s sad.” Gold’s son-in-law, Eric Schiffer, who is president of the 99 Cents Only stores, adds: “Dave likes people to save money, even people he doesn’t know.”

For this and other reasons Wall Street regarded Gold as something of an enigma when he decided to go public in 1996. According to Jeff Holmes, whose then firm, Everen Securities, managed the initial public offering, when Gold met with investors he wore a bright yellow suit that looked like it had been slept in. But what sticks most in Holmes’s mind is Gold’s insistence that, whatever the public offering be, it end in 99 cents. “People thought he was kidding,” Holmes says. “You’d never price a deal at a decimal. We weren’t even sure that the FTC would allow it. But he dug in his heels with all the hotshot bankers and he never backed down. That’s Dave. You’ve never seen anyone extract the last penny like this guy.”

This Trippy Bernie Sanders Mural Might Be Made Permanent