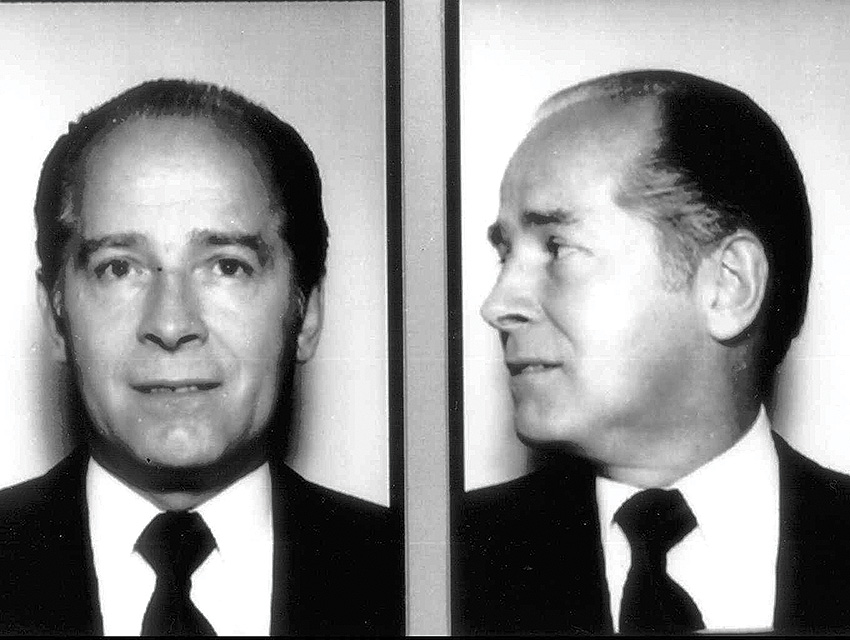 Share
Email
Facebook
Twitter
Pinterest
ReddIt
Josh Bond had just drifted off to sleep when the phone rang.
It was the middle of a June afternoon in 2011, and Bond, 28, had been looking forward to taking a half day off from his duties as manager of the Princess Eugenia, a homely three-story apartment building not far from Santa Monica’s Palisades Park. He and a buddy had tickets to see My Morning Jacket play that night at the Pantages Theatre, and a “disco nap” was exactly what Bond needed. But now the phone was ringing, and time off or not, Bond knew that an apartment manager is always on duty. On the other end of the line was an assistant manager from across the street at the Embassy Hotel Apartments—the Princess Eugenia’s elegant sister, which Bond also managed. There was urgency in the woman’s voice.

“What do they want, and why are you calling me?” he snapped, hoping the woman could handle the visitors by herself.

“They want to talk about one of the tenants.”

Bond spoke to Scott Garriola, a veteran special agent who oversees the Fugitive Task Force of the FBI’s Los Angeles office. Garriola, too, had the day off, but a call from the bureau’s Boston office had put him back on the clock in a hurry. He needed to discuss Apartment 303.

“I asked if we could do it tomorrow or the next day, because I’d been working two weeks straight,” Bond remembers. A native of rural Mississippi, he speaks with an animated affability that almost masks his slight Southern accent. With owlish spectacles and a tentative beard, he has the aspect of a doctoral candidate. Bond had been the night manager of a low-income hotel while studying film and English at Boston University, and he had worked at other hotels and apartment buildings in Brookline and Allston. During that time, he’d seen his share of prostitutes and crackheads—as well as the cops and FBI agents who raided the premises in pursuit of heroin dealers and rapists. But Garriola said, No, this couldn’t wait.

Bond left the Princess Eugenia and slowly walked across the street to the Embassy, an ornate, Mediterranean-style hotel built in the Roaring Twenties. Inside the building, Garriola and four more agents showed Bond wanted posters featuring images of a retired couple the FBI was pursuing. A few of the pictures were about 20 years old; others were guesses as to what the man, now 81, and woman, 60, might look like today. Bond recognized the pair right away: They were Charlie and Carol Gasko—his next-door neighbors. Charlie was bald with a neatly clipped white beard and frequently dropped by the manager’s apartment to chat about current events and the country music band Bond played in. The old man was always curious about Bond’s family but had nothing to say about his own life. He was in good shape for a person his age; he made abundant use of the exercise equipment in his apartment and exuded an edgy vigor: Charlie once pulled a knife on a mentally disturbed man who’d surprised the couple outside the Eugenia, and another time he yelled at Bond for abruptly coming up behind him on the apartment’s front steps. His wife, Carol, was the less assertive and opinionated of the two and never seemed to have a frosted hair out of place.

When Bond saw Charlie’s real name on the posters, a name he’d heard of when he lived in Boston, he was taken aback. “I was in a little shock about who the people were,” Bond says. “I realized the FBI wasn’t going to let me leave until they had this guy in custody. So it was, ‘OK, let’s get this thing going.’ ”

Bond called his friend. “Hey, man, I don’t think I’m going to be able to come,” he said. Why? his friend wanted to know. “I can’t really tell you.”

The guy the FBI was keen to speak to had, since the death of Osama bin Laden the month before, topped its Ten Most Wanted list: James “Whitey” Bulger, who had run South Boston’s Winter Hill Gang and had been a fugitive for the past 16 years. “Carol” was really Catherine Greig, a girlfriend whom he’d known since the 1970s. Bulger had been indicted under the Racketeer Influenced and Corrupt Organizations Act and charged with committing or ordering the murder of 19 people during a criminal career in Southie that stretched five decades. His reign involved the biggest breach of FBI security and ethics in the bureau’s history.

Garriola’s plan was to send Bond knocking on Apartment 303’s door to see who answered, and the FBI would take it from there. Bond didn’t like that idea. Charlie, after all, had recently been tacking a note on the apartment’s door advising people not to knock if the sign was up—as it was now. “No!” Bond said. “I don’t ever knock on his door. I’m not going over there!”

Garriola came up with a Plan B: Bond could simply call the Gaskos. That Bond would do. No one in 303 picked up, but when Greig called back soon after, the apartment manager told her the unit’s storage locker in the underground parking lot had been broken into, and he was about to report it to the police. Would Charlie like to meet him and check out the locker first? Don’t call the police, she told him—Charlie will be right down. Bond left the Embassy and walked back toward the Princess Eugenia, ringing his friend one more time: It looked like he’d be able to make the show after all.

As he held the cell phone to his ear, Bond glanced up and saw Greig standing on the couple’s balcony, a cramped rectangle three stories above the street. She seemed apprehensive. Bond stopped and sheepishly mouthed “hello” to her. But she didn’t see him.