Home Books The Life of A. Scott Berg 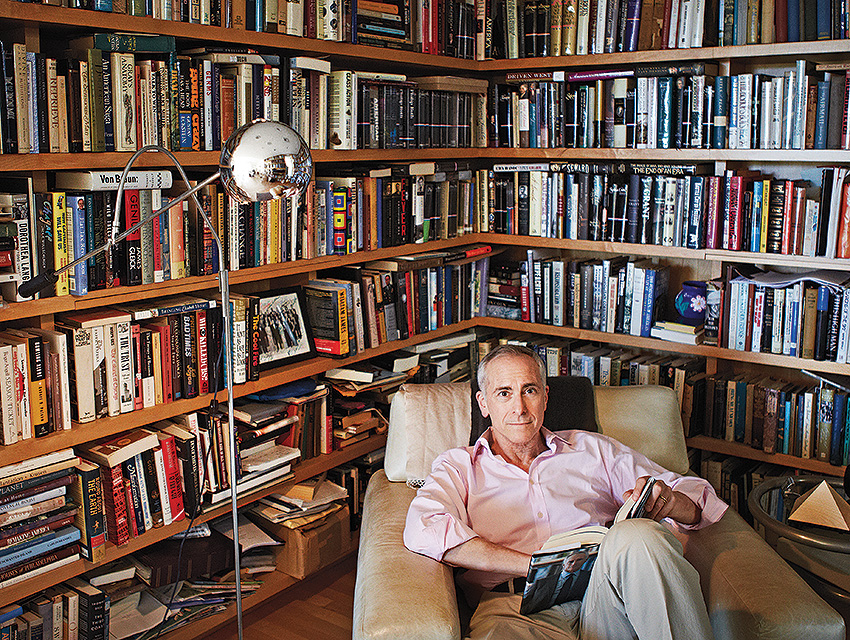 Andrew Scott Berg was born in Connecticut in 1949 and became an Angeleno eight years later, from the moment the DC-3’s cabin door opened and a whiff of orange blossoms blew in on the breeze. His father, the late Richard Berg, a promising writer at the height of television’s first golden age, had just swept the family up into the greatest migration of artistic genius since talkies.

The invention of videotape was drawing TV writers west, just as The Jazz Singer (1927) had emptied the newsrooms and theater bars of Chicago and New York 30 years before. Every Saturday of his adult life Dick Berg played gin rummy with his best friend, Rod Serling, and Scott was growing up surrounded by writers. They all lit out for California in the same land rush, pitching camp in the same leafy canyons. It sounds like a perfect Twilight Zone episode: A small suburban neighborhood suddenly finds itself transported to an uncharted, climate-controlled, seemingly benign planet on the other side of beyond.

That planet was Bel-Air, and as Scott Berg describes it, “there were literally ten families from Westport that moved out to L.A. Somebody ought to do an article about that, actually. Because I remember my parents would go to parties out here, and there were the same ten people they saw in Westport. It was really kind of amazing.”

Berg was an at-risk kid—the risk being a career in show business, to which two of his three brothers, an agent and a music producer, have long since succumbed. But his mom, Barbara, was a sidetracked historian. At 19 she took a brief time-out from college to raise four boys, then reenrolled a mere quarter century later to earn her bachelor’s and master’s at UCLA. By then she had instilled in Berg a love of history to match her husband’s dedication to literature. With parents like these, he could have wound up writing historical novels, but instead he found his calling writing some of the most novelistic history around: a National Book Award-winning biography of Fitzgerald and Hemingway’s editor, Max Perkins: Editor of Genius; the epic life of immigrant film producer Samuel Goldwyn; the Pulitzer-winning story of aviator Charles Lindbergh. That’s not counting Kate Remembered, Berg’s “biographical memoir” of his late friend Katharine Hepburn.

If Berg’s subjects have a common thread, a figure in the carpet that unites them, it’s that each bloomed late. With at least the becoming appearance of discovering this theme for the first time, Berg ticks them off one by one: Perkins, an ex-newsman; Goldwyn, a glover in his thirties; Lindbergh, who “really gets interesting after the flight”; and now Woodrow Wilson, who didn’t run for public office till he was 53. For a professed Fitzgerald man, Berg has a knack for choosing American lives with pronounced second acts. “They all reinvented themselves,” he says of his subjects. That, and “they all have what Hepburn used to call horsepower: Go, go, go. In fact that was one of her favorite expressions. ‘Let’s go, go, go.’ ”