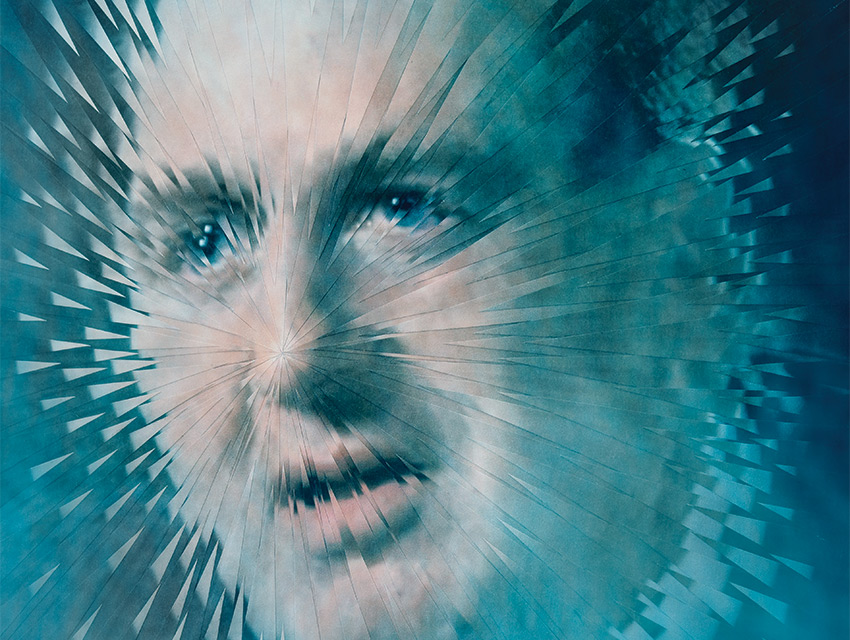 Last March millionaire real estate heir Robert Durst made an odd kind of television history when he uttered into a live mic, “What the hell did I do? Killed them all, of course.” Never had a suspected murderer seemed to unburden himself from years of guilt in a hotel bathroom for more than a million viewers to eavesdrop on later. The subject of The Jinx, an HBO crime documentary series, he’d been acquitted in the 2001 death of a Galveston neighbor, and investigators lacked evidence connecting him to the 1982 disappearance of his wife Kathleen. In 2000, before his friend Susan Berman was to talk to authorities about Durst and his missing wife, she was shot in the back of the head in her Benedict Canyon cottage.

Durst, a suspect in that murder, too, declined a formal interview with Los Angeles detectives and fled to Galveston, where he lived disguised as a woman. The inquiry went dormant until the LAPD Robbery-Homicide Division’s Cold Case Unit took over in 2012. The day before Durst’s toilet soliloquy aired, FBI agents arrested him in New Orleans on a Los Angeles warrant that accused him of Berman’s murder. When he goes on trial here—after fighting gun charges in Louisiana stemming from the loaded .38 caliber revolver found in his hotel room—Durst will face lead prosecutor John Lewin.

Other lawyers with the L.A. County District Attorney’s Office successfully prosecute cold cases. But since 2002, the year of Lewin’s first cold case victory, he has won 16 guilty verdicts or pleas. His losses are nil, a record that qualifies him as the winningest cold case attorney in the county.  At 51, Lewin is as thickset as a wrestler, with a flattop haircut, pale blue eyes, a strong nose, and a mouth that curls in sardonic amusement. Given to bantering with judges, he thunders about the courtroom one moment and wisecracks about his weight the next, making him difficult to estimate. Deputy D.A. Ethan Milius, who is working on the Durst case with Lewin, once steered a defense attorney to observe him. The woman returned, unimpressed, within ten minutes. “She said, ‘He’s kind of a buffoon,’ ” says Milius. “That’s a misunderstanding. When John’s in court, you watch him and you immediately get the sense that he’s unlike any other D.A. you’ve ever seen. He’ll do strange things. He’ll be hacking away at his computer very loudly and telling jokes. To truly appreciate his genius, you have to watch the entire trial. He has a plan. Every day is an effort to achieve that plan, and it’s somewhat disguised by his eccentricity.”

One of Lewin’s early supervisors, Albert A. Serrato, advised him to avoid showing personality when presenting evidence, but clearly the advice didn’t stick. “It’s just so natural to be who he is. He realized that he really only had that one setting, and it was best for him to go with that and not take my advice,” says Serrato, with a small laugh. “In his case, I think it actually works for him.”

“If people are entertained, they’ll listen,” Lewin says. “In trial the sense of humor that I use generally has a purpose.” It’s a late summer evening in 2014, more than six months before his involvement in the Durst case will emerge. Dressed in a gray suit, white shirt, and maroon tie, he is sitting at a scratched wood table in a conference room at downtown L.A.’s gloomy Clara Shortridge Foltz Criminal Justice Center. Cardboard boxes teeter on nearby shelves, and there’s a barrage of phone calls as he tries to answer my questions about why he succeeds the way he does.

“I’m an undisciplined person, but I’m an extremely obsessive person,” he says at one point. He has to be. Lewin handles mostly cold cases, juggling several at once in a process that often begins with his poring over crime scene photos and interview notes in the murder books retrieved from dusty vaults and detectives’ home garages. From there it may be three to five years before a suspect is charged, and longer before Lewin goes to trial.

“Do you know why I win cases?” is a favorite Lewin line. “It’s because the people I prosecute are guilty.” Another time he explains it this way: “You see these weird animals, like the giant sloth. He can’t do much, but he’s perfectly designed to get up in trees and reach the weird food that he eats. I’m like the sloth. I have this one skill.”

Cold cases aren’t just slow. In a sense they warp time by bringing lost lives into the present. Victims get to live again, however briefly, in the minds of prosecutors, detectives, defense lawyers, and members of the jury. The LAPD considers a case cold if it hasn’t been solved after five years. But even current files can arrive on Lewin’s desk, forwarded by a frustrated detective who’s getting nowhere in an investigation.

The cases that rivet Lewin are based not on a witness who can motion to the accused and say, “I saw him do it,” or on blood at a crime scene that identifies a killer, but instead depend on pulling together circumstances surrounding the crime and weaving them into a coherent whole for a jury. “DNA and footprints are giant pieces,” he tells me. “I like small pieces. Cases where people make little mistakes. My cases tend to be ‘Of course he did it.’ Then, ‘How do you prove it?’ ”

One way, he learned, is to work closely with police from the beginning of a reinvestigation, which is an unusual approach for a prosecutor. “He listens to you. A lot of these guys don’t,” says retired LAPD robbery-homicide detective Leroy Orozco. “In a short period of time he’s grasped as much as you about a case.”

Lewin picked up the 1979 murder of Torrance neonatal nurse Lynne Knight in 1997. The case wouldn’t go to trial until 2014, with 5 of those 17 years spent on pretrial motions. Knight—a blond, athletic, 28-year-old Canadian—had been found in her apartment with multiple stab wounds, a severed windpipe, and a mutilated left breast. Beneath her lay a garrote made of wire with wood handles. A 27-year-old Cal State Long Beach student named Douglas Gordon Bradford was quickly identified as the prime suspect. Knight had dated Bradford briefly and dumped him two months earlier; however, there wasn’t enough evidence to arrest him. During the renewed investigation, Torrance police spent hundreds of thousands of dollars, with little in the way of useful results. Tests concluded that the only blood at the crime scene belonged to Knight. Semen in her body, from two different men, predated the killing—which wasn’t considered sex related—and the men couldn’t be traced. As for the DNA profile that showed up on the garrote, it belonged to a criminalist who had contaminated the weapon.

Reinterviewing witnesses and examining Bradford’s alibi more closely, Lewin and detectives chipped away at Knight’s case as the prosecutor’s position shifted from Torrance to downtown’s Forensic Sciences Section. When the FSS became part of the Major Crimes Division in 2004, he was assigned to continue concentrating on cold cases. By 2007, Bradford was a married 55-year-old entrepreneurial engineer living in a four-bedroom Costa Mesa home. A search of the property turned up information about how polygraphs work. Investigators served another warrant at the home of Bradford’s artist mother, where her son had been living at the time of Knight’s murder. They found picture-hanging wire there that resembled the kind used for the garrote.

It was 2009 when Lewin signed an arrest warrant for Bradford, who had already retained Robert Shapiro—from O.J. Simpson’s defense team—as his attorney. A search of the Costa Mesa house uncovered a photo of Knight. Within hours Bradford was released on $1.02 million bail. If the arrest was unwelcome news to Bradford’s wife, it was a complete surprise to Jerilyn Seacat, the 49-year-old nurse with whom he had been having an affair. Seacat, whose chiseled nose and heart-shaped face recalled Lynne Knight’s, broke up with Bradford once she learned he was married. But he stalked her, pressuring her to alter a story he’d told about the love of his life, a neonatal nurse, who had died of cancer. Seacat would later testify that Bradford even sneaked into her bedroom through a sliding glass door to confront her—it was the same tactic Knight’s killer had used.

The trial, with Milius acting as Lewin’s cocounsel, commenced in July 2014, in the same downtown courtroom where Shapiro had defended Simpson. Bradford, 62 and ruddy-faced, wore crisp summer suits and penny loafers, with his hair in a salt-and-pepper comb-over. His alibi: He was sailing on Alamitos Bay, off Long Beach, at the time of the murder, which occurred after midnight. Anticipating Lewin’s argument that Alamitos Bay is typically windless at that hour, therefore impossible for sailing, Shapiro had hired meteorologist Jay Rosenthal to argue to the contrary. What Rosenthal failed to mention was that several of his wind readings used latitude and longitude from Baja, California, not Alamitos Bay.

“I shouldn’t get paid today,” Lewin said gleefully to a detective before the cross-examination. Soon, though, he was homing in on Rosenthal’s compensation instead. Expert witnesses usually receive a fee for their testimony; Rosenthal’s was $400 an hour. “Will you give any of it back, based on your level of incompetence?” Lewin asked.

“I wouldn’t characterize it as competence or incompetence,” said Rosenthal, a balding, pixieish man who rummaged for papers in a fat manila folder.

“Well, how about lying?” asked Lewin.

Mark Safarik is a former FBI criminal profiler and crime scene expert who has consulted with Lewin on several cases, including Bradford’s. “If you’re opposing counsel from John, you’re basically going, ‘Oh, shit,’ ” Safarik says. “He does a tremendous amount of homework on witnesses. So when they step on the stand, he knows that he’s going to be able to destroy them.”