Home Uncategorized Taking Back The Night 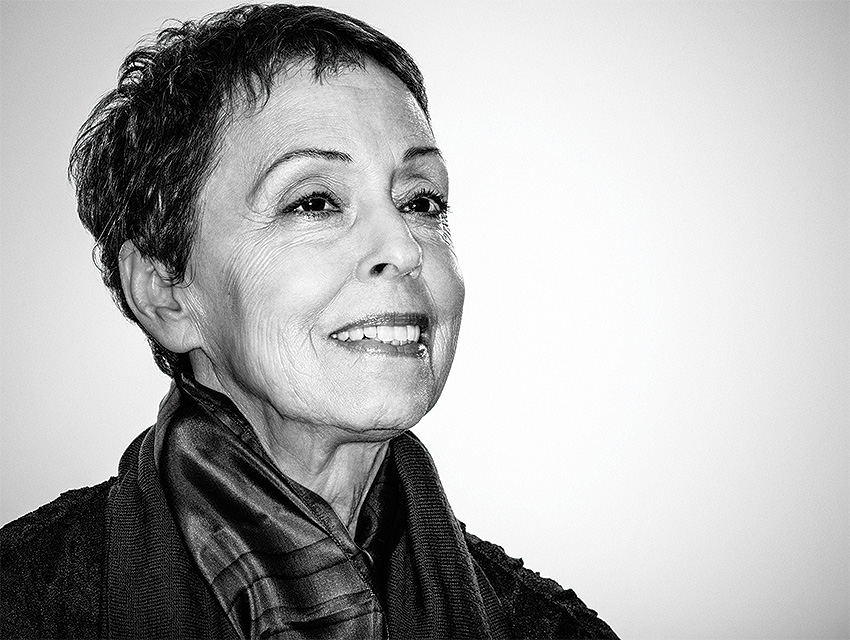 Each fall the tony brunch on the grounds of Green-acres, a 50,000-square-foot mansion in Beverly Hills, never fails to draw major stars. Past hosts have included actors Gwyneth Paltrow, Viola Davis, Ben Stiller, and the cast of Mad Men. Male guests shun the jeans-and-T-shirt dress code favored by the Hollywood elite, opting for sober suits and ties; women show up in fancy day dresses, their designer handbags at the ready. The 800 or so who attend could be at any Westside charity event, but this one is different. There will be no fashion show, no musical interlude, no gift bag. Instead there will be stories—stories about rape.

When a woman named Gail Abarbanel stands up and takes the microphone, those who’ve been at previous brunches instinctively clench their cloth napkins. They know from experience that Abarbanel—the president of the Santa Monica-based Rape Foundation, which serves sexually abused adults and children—is about to quietly and dispassionately break their hearts. With her close-cropped hair, crisp suit, and patent leather flats, Abarbanel is the antithesis of flashy. She doesn’t do drama. As she talks about the girls and boys who come to Stuart House, the Santa Monica satellite of her flagship Rape Treatment Center that serves victims under the age of 18, she doesn’t stutter with emotion. She takes a deep breath and says something like this:

Marleny didn’t meet her father until she was ten. When she was 13, he moved into the family’s small L.A. apartment. Marleny slept in a closet that held just her single bed. There was no blanket for her. When she turned 14, her father started coming into the closet at night to sexually assault her. She tried knotting the drawstring on her pajama pants, but he untied it. Each night, for almost three years, Marleny’s father raped her in that closet. She planned to leave when she turned 18, but as her 17th birthday approached, she couldn’t take it anymore. Marleny told a school counselor everything and was brought to Stuart House. I would like you to meet her.

As Marleny—or Katrina or Irene or any of the survivors of abuse whom Abarbanel has introduced at 34 brunches over 34 years—speaks, the crowd falls apart. “When my father was sexually abusing me, I couldn’t physically escape,” Marleny tells the crowd. “Sometimes when he was touching me, I would imagine that I was at the beach, in the water, swimming away.” Some couples sob and hold hands; women shake their heads and swipe at the mascara tracks on their cheeks. All of them will drive home thinking about the little girl desperately knotting the drawstring of her pajama pants and trying to swim away. Of that Abarbanel is sure. But many will do more than think about Marleny—they’ll donate their time and money because Abarbanel asks them to. In a town that never lacks for high-profile causes, this slight, unassuming woman has commanded not only attention but also commitment.

Translating stories into action—that’s what Abarbanel, 69, has devoted more than half her life to doing. Those who’ve worked (or tangled) with her describe her as a tireless reformer. Relentless even. “I like to say I’m determined. Or a noodge,” she acknowledges. Because of that persistence, victims of sexual assault in Los Angeles are receiving better care. They are being better served by the legal system. And more rapists are being arrested, prosecuted, and convicted.

Not that Abarbanel would tell you so. Ask her a question about herself—this is the first profile she’s ever agreed to be interviewed for—and she unfailingly steers the subject to her preferred topic: the victims she is trying to help. “My strategy has always been to share what moves me with other people,” she says. “Everything comes from work with victims. Through their experiences they tell us what we need to do next.”

The statistics are bracing. One in every five American women will be raped in her lifetime. Every two minutes someone in the United States is sexually assaulted; each month there are 40 to 50 new rape victims in Los Angeles alone. By some estimates, one in four girls and one in six boys are sexually abused before they are 18. But 97 percent of rapists do not go to jail.

What’s more, until this year the uniform definition of rape used by the FBI did not include many acts most people think of as rape, such as sodomy and forced oral copulation. Which means that for years national rape statistics have not reflected the full scope of the problem. (Only 54 percent of sexual assaults are reported to the police.) Many sexual assaults on children are not even tallied. “Whenever something as serious and prevalent as sexual abuse of children isn’t officially counted,” says Abarbanel, “it feeds into making the problem invisible.”

Add to that the fact that for years there was a backlog of 12,000-plus rape kits in Los Angeles County’s two big crime labs—those run by the Los Angeles Police Department and the Los Angeles County Sheriff’s Department. These kits, which typically contain samples of bodily secretions such as semen as well as clothing and other physical evidence, had been collected from victims’ bodies but then left untested. Because rapists tend to be repeat offenders, Abarbanel says, “if you solve one case, you’re preventing other women from being raped.” That opportunity, she says, was being squandered. “It was a huge betrayal of trust.”