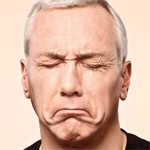 Is he a miracle worker or media mooch? That’s the question Steven Mikulan set out to answer in this July 2011 profile of addictions specialist and star of VH1’s reality program Celebrity Rehab with Dr. Drew. Just a year and a half later, the apparent suicide this week of troubled country singer Mindy McCready—the fifth Celebrity Rehab alum to die—is once again raising questions about the show, its hero, and the tragic consequences that can accompany fame and fortune. A second look at the man at the center of a tragedy There were few cozier refuges from the world’s troubles on March 29 than the patio of Katana, the sleek Japanese restaurant hidden above the Sunset Strip, where HLN, CNN’s sister network, threw a party for its newest talk-show host. As twilight dimmed to dusk, DRDREW was projected in white stencil font on one side of the building, while the cable network’s logo glowed on the opposite wall like initials from a branding iron.

Drew Pinsky, M.D., is instantly recognizable, with his look of permanent concern, stylish glasses, and short silvery hair that could be called “mentor gray.” He is known as “Dr. Drew”—which is also the name of his new show. On this spring night he chatted with well-wishers as Tom Arnold, Andy Dick, and Gloria Allred each schmoozed their way through the patio’s crowd. Tall and impeccably attired in a dark suit and striped tie, the 52-year-old physician held a tumbler of Diet Coke as other guests sipped cocktails or Hitching Post pinot.

“I’ll have a glass of wine,” he admitted after I asked whether the man TMZ called “the world’s most famous addictions specialist” ever imbibed. “If I have more—” he rolled his eyes and shook, pantomiming someone who’s lost control of his mind and body. It’s the  most animated I had seen Pinsky since first meeting him last December. Although his tightly controlled, no-nonsense mien is a critical part of Pinsky’s public image, up close there is nothing about him that seems phony; his affable persona and relaxed body language come off as completely genuine.

USC professor Leo Braudy, in his study of fame and celebrity, The Frenzy of Renown, called Freud’s refusal to be filmed “an almost archaic gesture of sensitivity.” Pinsky is a product of his media-saturated time and the opposite of Freud. He is filmed, taped, or recorded almost every day of the year. The fifth season of Celebrity Rehab with Dr. Drew, which began airing in June, had just wrapped, and this fall he will debut the advice show Dr. Drew’s Lifechangers on the CW’s daytime schedule. Apart from occasional roles in specials and visits on Teen Mom, Pinsky’s series have included Sober House, Strictly Dr. Drew, Strictly Sex with Dr. Drew, Sex Rehab with Dr. Drew, and Sex…with Mom and Dad. But it’s not only the programs Pinsky hosts that have made him a TV star. It’s the guest spots on entertainment and talking-heads shows, where he is often introduced with the mantric line “a practicing physician who is board certified in internal and addiction medicine”; it’s the Twitter account with 2 million-plus followers; it’s a cross-country lecturing schedule and appearances on Hollywood’s red carpet circuit.

From the start of his public career on the radio program Loveline, Pinsky’s professional expertise and rational demeanor set him apart from hyperventilating peers in the commentator business. Today’s media landscape is thick with querulous authorities, many of whom are known by only their titles and first names. Yet unlike a Judge Judy, Dr. Phil, or Dr. Laura, Dr. Drew is not a condescending scold who’s built a reputation by humiliating guests or giving them verbal neck rubs. Pinsky is a medical doctor (which Drs. Phil and Laura are not), and to his fans his opinions carry the imprimatur of hard science rather than emotion or political correctness. This has made him the ideal candidate for media stardom.

Backlash has been inevitable. There are those who find his recurring appearances in the Guest Expert’s chair too predictable; others see in his TV programs the shadow of addiction tourism. The man in the tight blue shirt has been called a fame junkie and a manipulator of other people’s misery. But not even his detractors, among them television reviewers, addiction specialists, and former cast members of Pinsky’s shows, can dispute the buttoned-down doctor’s improbable omnipresence. Pinsky doesn’t practice the medical diplomacy of celebrity surgeon Sanjay Gupta, yet he quite possibly enjoys greater name recognition. He has parlayed a nerdy charm to become the dominant broadcast arbiter on issues of addiction, narcissism, and celebrity misbehavior. And that, to some, is the problem.

Dr. Timothy Fong, an associate professor of psychiatry and director of UCLA’s Addiction Medicine Clinic, believes he knows why Pinsky has become a contentious figure. “Dr. Drew,” Fong says, “needs to decide what he is first. TV executive producer, doctor, media mogul—how does he want to be identified in the world?”

How Malibu’s Rehab Centers Have Responded to the Woolsey Fire