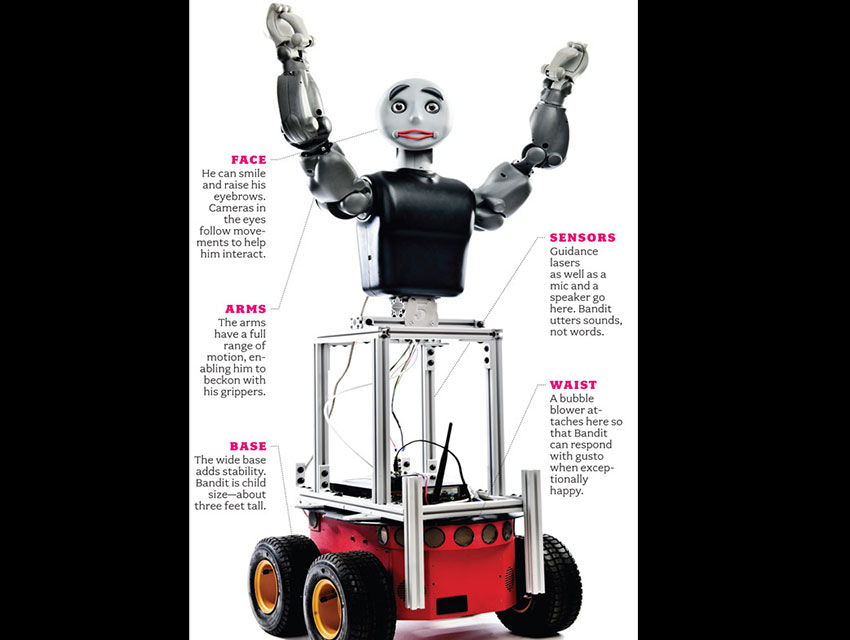 When he’s sad, he hangs his head and says, “Awww.” When happy, he smiles and says, “Um-hmmm.” Wanting attention, he gestures with his arms. Bandit is a humanoid robot used in experiments with children who have autism, many of whom engage more easily with robots than with people—perhaps because robots are less complex. “Let’s say I’m a child with autism,” says Maja Mataric, a professor of computer science, neuroscience, and pediatrics at USC, who is leading the project. “I might not make eye contact with people. But I’ll interact with the robot, and then I’ll look at my mother and point to the robot. We want to elicit this social behavior, then substitute the familiar person with a less familiar one—going from parent to sibling to peer.” Although the project’s six robots are only for the lab, Mataric hopes their successors will eventually be able to aid caregivers in the classroom.