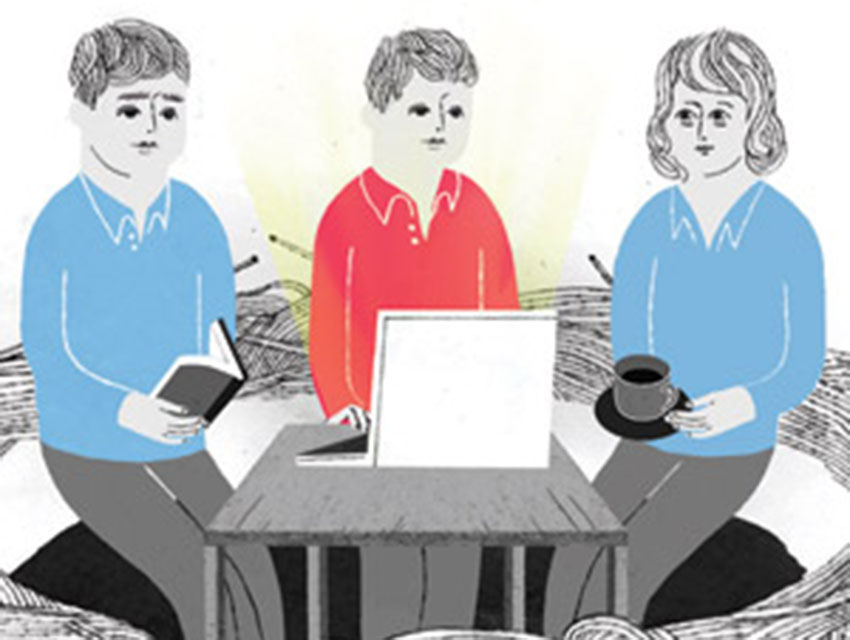 People with autism rarely outgrow their diagnosis, but they do grow up. When Jeremy was five, my wife, Kathy, and I hoped he would talk. He didn’t. When he was 13, we prayed that a portable talking computer would enable Jeremy to express himself. It did. He’s 23 now, and although his speech is limited to the beginning parts of many words, what he understands is fairly unlimited. Most of his verbal communication is done on his computer, his version of an iPad.

We were nervous about how Jeremy would handle adolescence, but he’s stayed as sweet and playful as he was as a kid. Only now, partly because of all the medication he’s taken, Jeremy is the size of a defensive lineman. Since he walks on his tiptoes (a common autistic trait) and can be a bit loud, going out in public without being noticed is a ship that sailed years ago.

Jeremy attended the Help Group in Sherman Oaks, a special-ed school, for 11 years. As graduation approached, we panicked: Now what? He still needed the social interactions that come with being out in the world. So we searched for an adult day program, the special-needs version of picking a college. It wasn’t easy. One place was beautiful, but Jeremy wasn’t high-functioning enough. He was too high-functioning for another. A third that centered around a vaguely Dickensian assembly line was downright creepy. With guidance from teachers and the state regional center, a primary resource for families like mine, we enrolled Jeremy at Villa Esperanza Services. It occupies a number of buildings in Pasadena. His is a former Scandinavian hall where images of the king and queen of Sweden incongruously still hold court.

Despite our planning, Jeremy hated the lengthy commute, so five months ago we moved from Van Nuys to Altadena, just 15 minutes away from his new daily destination. But he remained stressed out. Jeremy was sick recently and stayed home for a month. Was it a recurring ear infection, a reaction to changed meds, some new ailment, or a pining for his old routines? Probably all of the above. But when Jeremy walked back onto the campus, it was clear he’d missed the place. The staff wisely didn’t overdo their welcome in order to make it seem like it was just another day.

When I tell people about Jeremy, some ask, “Does he live with you?” Wrong question. Carting these kids off to institutions is so 20th century. Down the road Jeremy will acquire enough skills to live in a group home, but as long as my wife and I are around, we’ll live together; that’s what families do. Our nest may not be quite like yours, but it’ll never be empty.