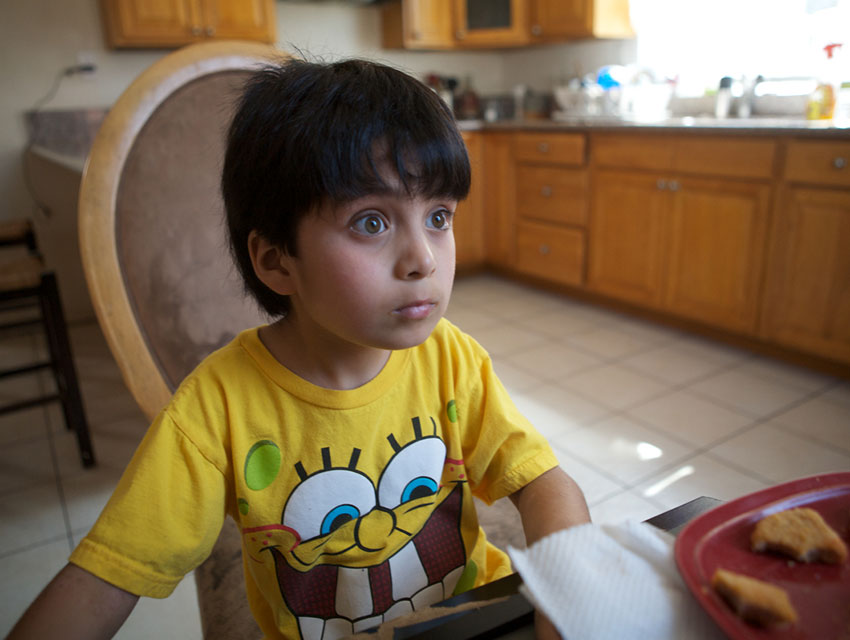 Sometimes in Hispanic culture people will look at an autistic kid’s behavior as just bad behavior that he will hopefully grow out of. The school districts in places like Compton will deal with these kids the same way—not getting them diagnosed or getting them services but just putting them in classes for troubled kids, like they ended up doing with Charlene, my 15-year-old.

In kindergarten Charlene went to school in Compton Unified, but she would disappear all the time and we were afraid she’d get hurt, so we put her in a Catholic school. She’d have her head on her desk and look like she wasn’t paying attention, but sometimes the teacher would ask a question and she’d answer it right. In high school she went to Dominguez High in Compton, but they had her in a class for kids with disciplinary problems, and the other kids would bully her and steal her money. I was able to get her a permit to attend the Lynwood school district. At Lynwood they evaluated her for special ed, but all they gave her was peer support for a few subjects she was doing badly in. She ended up failing them anyway.

When Carlitos was a toddler—he’s six now—we noticed that he was doing a lot of the things Charlene used to do at that age, things that a lot of autistic kids do. Both of them walked on their tippy toes, and they talked very little. They’d flap their hands and watch fans spin and get upset with sharp noises, like the vacuum cleaner or the garbage disposal. With Carlitos the behavior was worse. If you denied him something, he’d bang his head against the wall or lean back and let it hit the floor. In June of 2007, we took both kids to the regional center. After looking at Charlene for 20 minutes, they decided she didn’t have autism. We appealed, and the judge told us to get an independent evaluation to challenge the center, but we have no way to pay for it. They did diagnose Carlitos with autism, but he’s gotten none of those therapies or other services that regional centers are supposed to give kids on the spectrum. He just gets one visit a year around his birthday.

We asked Compton Unified to assess Carlitos in November of 2008, but they didn’t complete it until April the next year. The special-ed team found he had autism and was eligible for summer school, but when I showed up the day it was supposed to start, they told me it was canceled because there’s no money. Carlitos goes to a special class now at an elementary school. When he eats, he wipes his hands off on his shirt and his face, but he would come home with a clean shirt and be starving and thirsty. My husband, Carlos, has to go to Carlitos’s school at breakfast and lunch to make sure he’s eating and drinking. They’ve told us he isn’t ready for speech therapy because his language problems are so severe. He has to wait until he can interact with the other students and the teacher.

How is Carlitos ever going to be able to do that if they won’t help him talk? And how is Charlene ever going to get services if we don’t have the money to get her a serious evaluation? What the regional center and the school districts do around here is bounce the ball back and forth and point fingers at each other, and the kids get nothing.