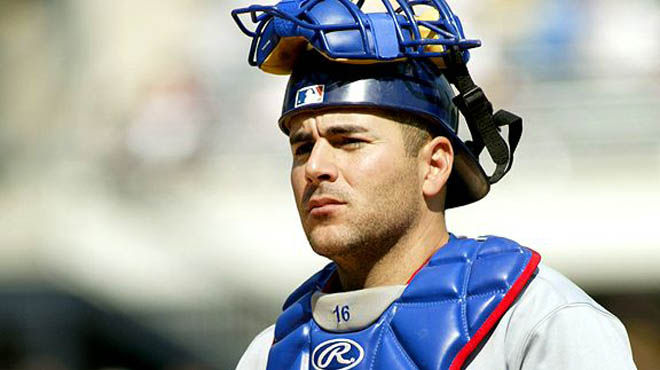 It is a crystalline January morning at Dodger Stadium, the blue sky and green sod and white mountains as perfectly synchronized with the baseball gods as a fan could pray for. The rhythms of wood on leather, leather on dirt, leather on leather, summon a distant childhood. A California soundtrack echoes off the empty bleachers: Beach Boys, Los Lobos, Sheryl Crow, Grateful Dead. In most of America, baseball is still in hibernation. In Los Angeles—a month before spring training, three months before the season opener—the ritual of “winter workouts” is already under way, a feature of Dodger lore renewed year after year, if only because, well, here on the West Coast, 3,000 miles from Brooklyn, you can.

Dancing around the infield is Maury Wills, a touch gray but still nimble at 69. He is schooling a squad of minor league prospects in the art of baserunning, even if few of them know that the old man once captivated this city by stealing a record 104 bases back in Dodger Stadium’s inaugural season. Wills’s teammate, “Sweet Lou” Johnson, is hitting grounders to another crop of rookies; when Dodger officials learned that his 1965 World Series ring was being auctioned on the Internet last year—three decades after Johnson lost it in a drug-fueled spiral—they bought it for $3,457 and returned it to his finger. Wes Parker, the smooth-as-silk first baseman who won Gold Gloves from 1967 to 1972, stops by to offer pointers. So does Don Newcombe, the first African American pitching star of the major leagues. Tommy Lasorda, as garrulous as ever at 74, is stationed behind the batting cage, signing autographs, telling off-color jokes, and spreading the gospel of Dodger Blue—he elixir, he has often said, that runs through his veins. “If you don’t love the Dodgers,” he cautions a group of visitors in the Dugout Club seats, “there’s a good chance you may not get into heaven.”

If you squint into the sun, through the soft focus of nostalgia, you can almost imagine that these are still your Dodgers, that the team still stands for something proud and true. But if you travel from the field level to the Top of the Park gift shop, up by the $6 seats, you will find that a different kind of legacy has begun to accumulate: Gary Sheffield jerseys. Chan Ho Park bobble heads. Hideo Nomo figurines. Orel Hershiser baseballs. Ramon Martinez and Devon White key chains. In what should be a citadel of Dodger marketing, the racks are nearly as full of ex-Dodgers as they are of current favorites. These are not sentimental reissues—the kind that might honor the old-timers down on the field—but leftovers, the detritus of a team in chaos. Who is the marquee Dodger of today, the transcendent personality emulated by children and worshiped by a city? The clerk behind the counter shrugs. The last Dodger to fit that bill was Mike Piazza. He has not been a Dodger since 1998. “We sometimes get Piazza stuff, but we can’t keep it in stock,” the clerk says. “If we had it all the time, he’d still be our biggest seller.”

This is not a story about how the Dodgers have sunk into mediocrity, though they have done nothing if not that. Perennial underachievers, mired of late in third place, they have finished an average of 14 games behind the National League Western Division leader in the four years since Piazza was traded away; this year they are 25-1 long shots to win the World Series. No, this is about something worse than mediocrity, something that hurts more than a September swoon. This is the story of a ball club we no longer recognize. Once a family more than a franchise, the Dodgers under Rupert Murdoch’s multibillion-dollar entertainment empire have become as characterless and interchangeable as last fall’s TV lineup. Players come and go like bad sitcoms, canceled even as the promos urge us to tune in. The only two Dodgers to make the All-Star team last year are already history. In fact, six of the highest-paid Dodgers in 2001—presumably the building blocks of a team—will be missing this year, just as eight top Dodgers were shipped out the year before, and four the year before that, and nine the year before that. Worse than lovable losers, the Dodgers are strangers in their own town.

Preserving the soul of a team, to the extent that anyone still believes such a romantic thing to exist, is a struggle everywhere in professional sports. In an age of super-agents and cable rights and tax-subsidized stadiums, loyalty has never seemed more ephemeral, the tension between owners and players never more corrosive. The Dodgers, on the other hand, were never just another team. From their first game in Los Angeles—April 18,1958, before 78,672 fans in the Coliseum—they have been a fixture of the city’s iconography, a symbol of America’s tectonic shift from east to west. Before they left Brooklyn, baseball’s western frontier was St. Louis. The Dodgers turned the nation’s pastime, finally, into a national game. They helped catapult L.A. from a curious outpost of orange groves and movie studios into a farsighted megalopolis with big, league swagger. Like Disneyland, they at once reflected our aspirations and projected them to the rest of the world. As the city sprawled, the Dodgers challenged every myth about L.A.’s transience and disposability. Dodger Stadium, which celebrates its 40th anniversary this season, is now baseball’s fourth-oldest park. Vin Scully, entering his 53rd consecutive season as Dodger broadcaster, might just be the most revered sports figure in L.A. history—his only competition coming from his Laker counterpart, the equally indefatigable Chick Hearn. The Dodgers gave us a shared heritage, common ground in a centerless landscape.

Brooklynites, of course, have always seen things differently. Their homegrown underdogs mutated into a gang of mercenaries, spurning blue-collar devotion for a terminally sunny refuge. But the Dodgers never blinked. After taking half a century to win their first championship back east, they proceeded to win five more out west. The L.A. heroes may not have been as rumpled or as colorful as their Brooklyn antecedents, but they made up for it with dominance and a cool savoir faire: Sandy Koufax and his four no-hitters in the 1960s; the unbreakable infield of Steve Garvey, Davey Lopes, Bill Russell, and Ron Cey in the ’70s; Fernandomania and the improbable World Series home run by a hobbled Kirk Gibson in the ’80s; a record five consecutive Rookies of the Year in the ’90s. Dodger Stadium—more elegant with each passing decade—became the first sports arena in America to top 3 million fans in a single season, a milestone that now has been reached 16 times.

“When I was in the minor leagues, I could hardly wait to get up here,” says Maury Wills, who, in 1962, won Los Angeles’s first MVP Award. “Being a Dodger was as big as life. It was life itself.” As a measure of his obsession, Wills offers a story from those early days, a time when even his family came second to baseball. The Dodgers were in a pennant race. His wife was home in Spokane, Washington, enduring a difficult pregnancy. Wills received a series of telegrams from the doctor. There were complications. It was either lose his wife or lose the baby. “My reaction to that was, `But were playing the Giants tomorrow!'” says Wills, laughing so devilishly that you almost think his response would be the same even today. “I’m not saying that’s a good thing—that it’s right or it’s wrong—but that’s how I felt.” The doctor was able to save his wife but not the child. Wills remembers playing “one hell of a ball game.”

FOR A TEAM THAT HAD TRIFLED SO casually with allegiances in Brooklyn, the Dodgers proved to be one of L.A.’s most stable and paternal institutions. Under the O’Malleys—first Walter, then son Peter—they were owned by one family for 47 years. Where other teams made scapegoats of their managers, the Dodgers coronated theirs for life. From 1954 to 1996 there were just two; during the same period the Yankees changed skippers 25 times. Players wore the same uniform for 10, 15 years. When they retired, they stayed on as coaches for 10, 15, 20 more. Whenever the Dodgers moved into first place or gained a game while in first, free ice cream was served to all employees at 2 p.m. outside the executive offices. Whenever the Dodgers traveled, any player could invite his family to fly on the team plane and stay at the team hotel—again, always for free. Three times, Fortune named the Dodgers one of the nation’s 100 best companies to work for, the only sports franchise on the list. The club called it the Dodger Way. “Everyone in those years wanted to pattern themselves after the Dodgers,” says Tommy Lasorda, now a senior vice president. “The word Dodgers was synonymous with baseball.”

This feature was originally published in the April 2002 issue of Los Angeles magazine.