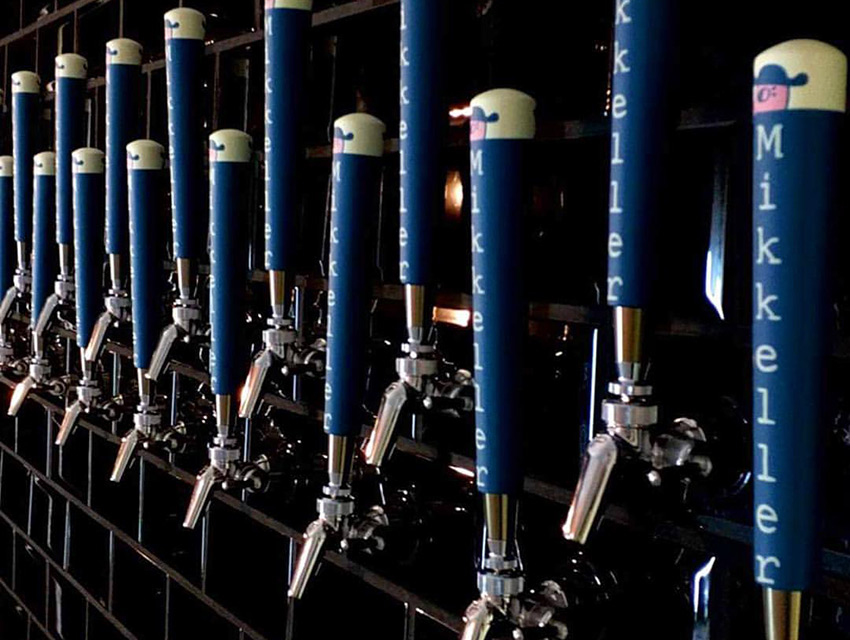 That sound you just heard? That was the beer nerd community of Los Angeles collectively squealing in delight over the news that Danish brewery Mikkeller would open its next Mikkeller Bar (one of 13 such worldwide tasting rooms) in L.A. in the coming months.

The eponymous Mikkel Borg Bjergsø will team up with San Francisco beer restaurateur Chuck Stilphen on the new location at the corner of Olympic and Olive Downtown, according to Eater L.A. Stilphen brought Mikkeller Bar to San Francisco in 2013.

Now if you weren’t in on that collective beer nerd squeal, here’s what you need to know:

Mikkeller is not a brewery in the traditional sense of the word. Most brewing companies lock down a location to brew beer before ever putting product onto the market. But Mikkeller, putatively based in Denmark, is a phantom brewer—it sets up shop in breweries owned by other companies, brews a few batches, and then moves on to the next location (the closest thing Mikkeller has to a home base is De Proefbrouwerij in Belgium, a frequent collaborator).

In the absence of a traditional taproom, Mikkeller has opened about a dozen branded beer bars across the world. And in the process, the experimental brewery has gathered a hard-core beer nerd following from Bangkok to Copenhagen to San Francisco. And, of course, Los Angeles.

Frequent collaborations and an avant-garde spirit have kept Mikkeller on the cutting edge of craft. The award-winning Beer Geek Breakfast, an oatmeal stout, kicked off Mikkeller’s ascent to A-list status in 2006. And it followed up that success with beers like Dream Pils (my favorite pilsner of all time), Jackie Brown (a very solid brown ale), and Mexas Ranger (a spiced ale brewed with black beans and avocado leaves).

The L.A. iteration of Mikkeller Bar will reportedly have 50 taps, a lunch and dinner menu, and will operate as a coffee bar in the morning.

10 Magical Burgers You Can Taste in One Place on Wednesday