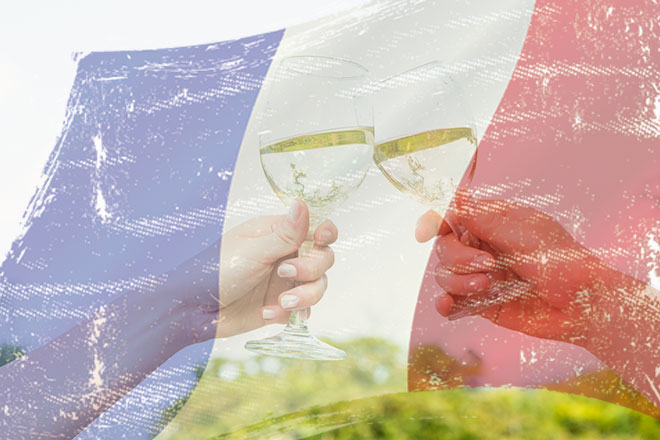 In this recurring series, Jonathan Cristaldi debunks some common, socially ingrained myths about wine and the people who make, drink and live all things vino.

Myth #2:
The French are the biggest consumers of wine (by volume) in the world.

The truth:
Americans have pulled into the lead.

The details:
According to a report released on May 13, 2014 by International Organization of Vine and Wine, the French consumed 742.3 Million gallons of wine in 2013, which is equivalent to approximately 3.75 billion bottles. By contrast, Americans consumed 768.7 million gallons of wine last year, which equates to roughly 3.88 billion bottles of wine.

So keep up the good work Americans! Celebrate Bastille Day today by doing your part and uncorking a bottle of something French—perhaps a rosé? Or head down to your neighborhood wine shop and ask for a crisp and refreshing white, like those from Chablis (crack out some oysters with this wine), or go a little weightier and mouth-coating with a rich white wine from Condrieu.

Have a wine myth in need of some debunking? Leave a comment below or tweet it to @NobleRotNYC.