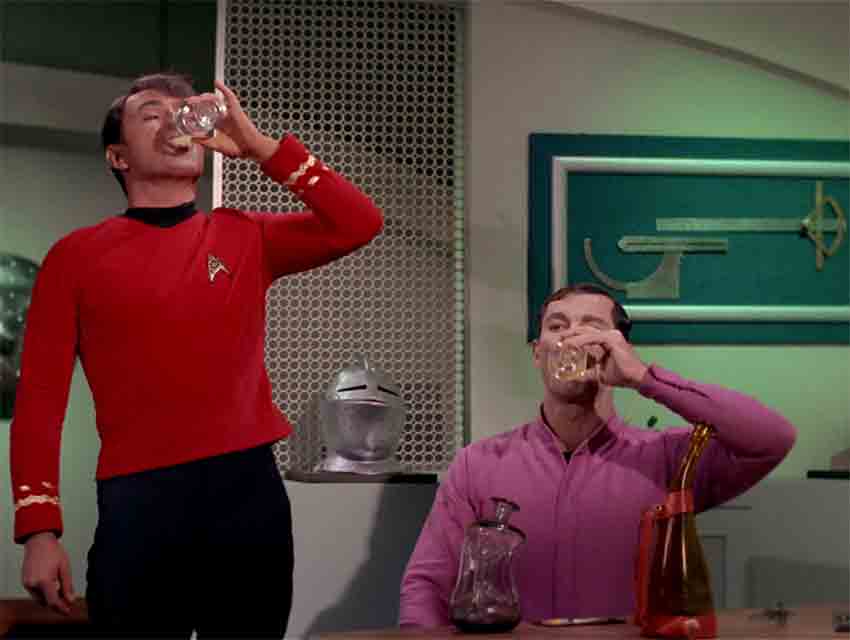 The paradigm is shifting in the wine world. The old guard who’ve long influenced our drinking habits (and resisted change in the industry) is giving way to a modern movement—a new wave of outspoken personalities, i.e. the social sommeliers, who champion iconoclastic winemakers, emerging regions, and novel approaches.

These days, when the competition for space on wine lists is so fierce, new styles of traditional varietal wines are becoming the norm. Grapes like Grüner Veltliner, Riesling and Albariño are stealing the spotlight, and radical new techniques—from anfora-aged, skin-fermented whites to wines aged in concrete eggs—make for compelling (and sellable) narratives.

Additionally, the rise of the social sommelier has helped to catapult an esoteric range of natural, organic, and biodynamic wines from boutique producers in the U.S. and smaller countries, including Hungary, Slovenia, Croatia, and even Lebanon, while also ushering in a young, rebellious set of winemakers from countries like Italy and France, who have thrown off the gloves of tradition to create some of the most exciting wines in recent memory.

Here’s what some of L.A.’s new guard has to say about what you’ll be seeing on wine lists (and drinking more of) in 2016 and beyond. Hirutza 2012 Hondarrabi Zuri, Getariako Txakolina, Spain, $17
Jason Eisner, beverage director, Gracias Madre: “Low alcohol, pithy, and slightly effervescent wines will start popping up everywhere—a good example of this is the savory, gentle, palate pleasing Txakolina grape from Spain’s Basque region that is going to take Los Angeles by storm. At Gracias Madre, I carry this wine, which is a mouth full to pronounce, but totally worth every sip.”

Buoni Anni 2012 “Bianco” Santa Barbara County, USA, $32
Guy Gabriele, owner and wine director at Love & Salt: “I believe the most exiting changes are taking place in our own backyard—California Central Coast—where great Rhone varietal wines are being produced along with stunning Chardonnay and Pinot Noirs from Santa Barbara. This is a white blend of Tocai Friulano, Pinot Bianco and Pinot Grigio from top vineyards in Santa Barbara County.”

Bellwether Cellars 2013 Riesling “A&D Vineyard” Finger Lakes, New York, $22
Matthew Kaner, wine director and co-owner of Bar Covell and Augustine Wine Bar: “Wines from the Finger Lakes of New York are growing in popularity—Riesling, Gewürztraminer, Cabernet Franc, Syrah and Pinot Noir. I visited the region this past September and was blown away by the dry wines being made by specialized producers. There’s also been a big shift in seasonal drinking, and consumers are finally learning the wine vernacular, which is paramount to their ability to communicate drinking desires.”

Rovellotti 2005 Costa del Salmino Riserva, Ghemme DOCG, Italy, $50
Taylor Parsons, general manager and beverage director at République: “Sky-high prices and the increasing scarcity of the grand wines of the Old World means that lists will be taking even bigger positions on stuff from outlying and/or forgotten areas. The reds of Alto Piemonte fill the vacuum perfectly—just serious enough, but purely and unequivocally delicious.”

Kellerei Bozen-Cantina Bolzano 2014 Weissburgunder, Trentino-Alto Adige, Italy, $13
George Pitsironis, wine director, Union Restaurant: “Italy has so much to offer in terms of whites that are indigenous varieties and food-friendly. I have seen a wonderful adventurous spirit from guests open to trying fun Italian whites that are not Pinot Grigio—varieties like Verdicchio, Vernaccia, Pecorino, Fiano. This wine which comes from the Alto Adige region where most of the Pinot Grigio is produced, yet a wine like this Weissburgunder (Pinot Bianco) is what the locals drink on tap for themselves.”

Occhipinti TK “Il Frappato” Sicilia IGT, Sicily, $37
Piero Selvaggio, owner of Valentino: “I’m seeing more and more biodynamic and natural wines—also fresh white wines with no oak, crispy, like a Grenache Blanc or supple like a Grillo from Sicily or a white Malvasia. Look for young producers like Arianna Occhipinti and her Frappato from Sicily—a dazzling wine that will stir dreams of Sicilian countryside while you sleep.”

Habit 2014 Rosé Vogelzang Vineyard, Happy Canyon, Santa Barbara, USA $23
Elisa Terrazas, assistant wine director and manager at a.o.c. Wine Bar.: “Rosés are very popular right now, because they’re fun for the summer–refreshing, bright, acidic, clean and loaded with bright red berry character. Jeff Fischer, who makes Habit, knows how to rock out a rosé that is clean crisp and should be at every pool party or oyster party.”

Camossi NV Brut Satèn, Franciacorta DOCG, Italy, $20
Christine Veys, wine manager at Sotto: “Italian sparkling wines on well curated wine lists are the next hot thing. Think Franciacorta instead of the obvious choice of expensive Champagne to celebrate a special occasion. This was the first Northern Italian wine that Jeremy Parzen put on our list because this is what people are drinking all over Italy. ‘Satèn’ refers to the appellation’s silk producing roots as well as the wine’s creamy finish.”