Home Drinking What You’ll Be Drinking at This Week’s Barnsdall Wine Tasting, May 29 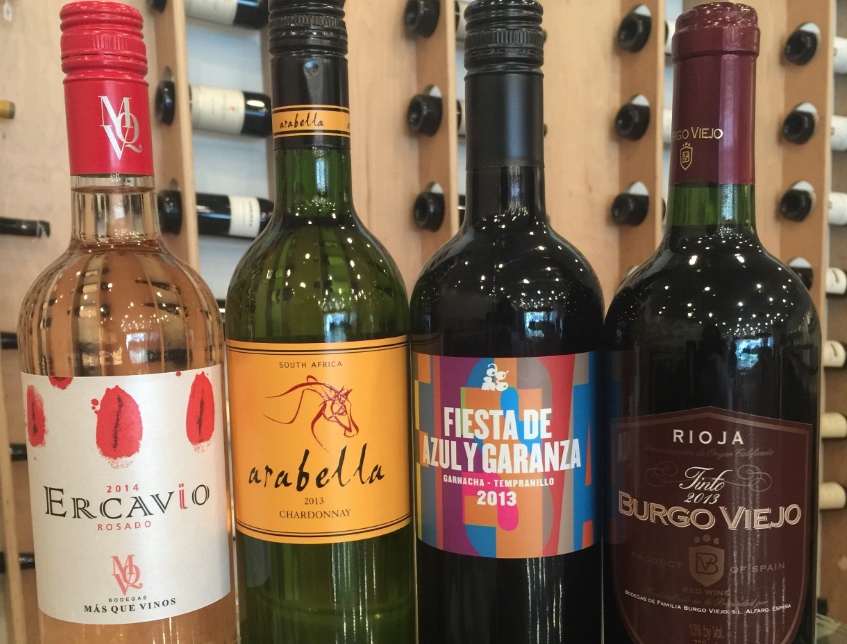 Another week almost over, another Barnsdall Friday Night Wine Tasting Fundraiser coming up! Curious about this week’s line up? Silver Lake Wine’s Randy Clement fills us in on what to expect–here’s what he has to say:

Friday, May 29th at around 5:30 p.m. Pacific Standard Time, there will be a thunderous thunder heard across the Southland. No SR-71, no space shuttle, no sonic boom—the sound will originate from high atop Los Feliz, Olive Hill to be exact, and caused by Spain crash landing smack dab on the front lawn of the Hollyhock House. The ground will shake, the birds will fly, and the ocean will wave. You won’t need a protective suit for the radiation nor eye wear for the plutonium glow, just your commemorative collector’s glass that we’ll fill with four fine wines. Barnsdall Art Park will be the epicenter of the Iberian invasion that will leave you speaking more Spanish than Mark Madsen at the 2001 Laker Championship Parade.

Here are this week’s featured wines:

Más Que Vinos – Bodegas Ercavio Tempranillo Rosado Castilla La Mancha 2014 Spain
After many years of wine consulting across Spain under the name Más Que Vinos, the three partners/winemakers launched Bodegas Ercavio with the goal of producing high-quality wines from indigenous grapes. This rosé is fresh, clean, and somehow hydrating, pairing well with everything off your favorite taco truck. Buy it by the case.

Arabella Chardonnay 2013 South Africa
The name Arabella was chosen as a word play on the beautiful Arabian horses that grace the estates verdant pastures. This is the crisp elegant style of chardonnay—a porch pounder, a work horse summer wine for every occasion. Pair it with grilled fish and chicken or just with your glass.

Bodegas Azul Y Garanza Fiesta Garnacha – Tempranillo Navarra 2013 Spain
This is an energetic blend of garnacha and tempranillo from organic indigenous old vines in Navarra, Spain made by a group of young makers inspired by their experiences working in the cellars of Burgundy, France and Priorat, Spain. Pairs well with Chinatown, Little Tokyo, and Koreatown.

Bodegas Burgo Viejo Tinto Rioja 2013 Spain
Bodegas Burgo Viejo, the realization of the dream of six farmers, focuses on putting the vintages finest moment in the bottle. A blend of mostly tempranillo from one of Spain’s most prestigious wine-growing regions, this wine is deep, powerful, and crowd pleasing. Pair it with your favorite third-wave burger with an egg on top. Delicious!