Home Uncategorized What You’ll Be Drinking at This Week’s Barnsdall Wine Tasting, 8/15 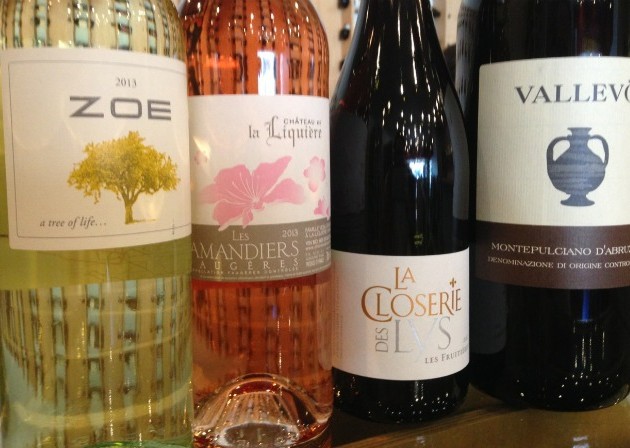 Another week almost over, another Barnsdall Friday Night Wine Tasting Fundraiser coming up! Curious about this week’s line up? Silver Lake Wine‘s Randy Clement fills us in on what to expect: Skouras “Zoe” White Peloponnesos, 2013, Greece This wine comes from the southernmost peninsula in Greece, known as the Peloponnesos. It is a blend of two native Greek varietals called Roditis and Moscofilero. It has a beautifully aromatic nose of stone fruits and honeysuckle, yet it is dry on the palate and crazy refreshing. Chateau de la Liquiere “Les Amandiers” Faugeres, 2013, France Coming from the area known as Faugeres in southern france, close to the Spanish border, Chateau de la Liquiere is a winery and vineyard that is 100% organic and biodynamic. It is a blend of three southern French grapes: Cinsault, Mourvedre and Grenache. Totally dry with a hint of strawberry on the nose. La Closerie Des Lys “Les Fruitieres” Rouge, 2012, France Another one from the south of France, La Closerie is a great lighter bodied summertime sippin’ wine. It is a crisp, but fruity red blend of Merlot, Cabernet and Syrah coming from the Languedoc region. A good wine to pair with a light picnic. Vallevo Montepulciano D’Abruzzo This dark and rich wine is made entirely from the Montepulciano grape coming from Abruzzo in central eastern Italy. It is round, easy drinking and has awesome notes of dark berry fruits. Perfect for a pasta dish or some grilled meats. A great juicy wine.