Home Drinking What You’ll Be Drinking at This Week’s Barnsdall Wine Tasting, 6/18 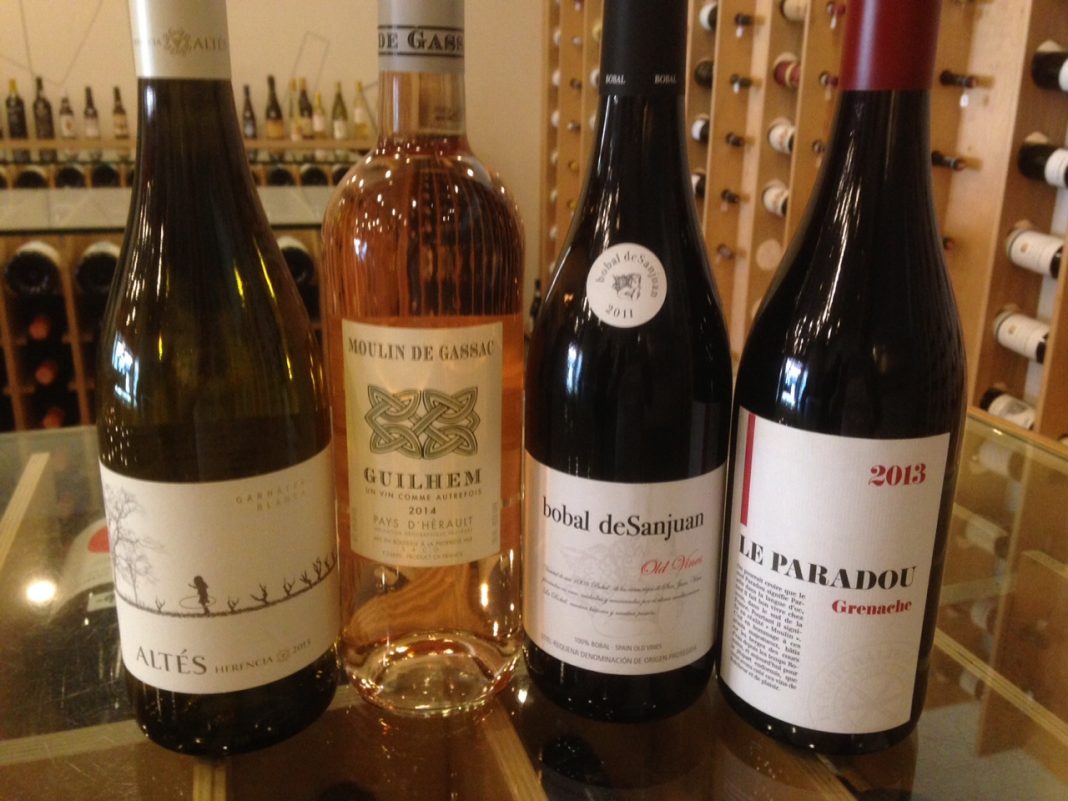 Another week almost over, another Barnsdall Friday Night Wine Tasting coming up! Curious about this week’s line up? Silver Lake Wine’s Randy Clement fills us in on what to expect—here’s what he has to say.

We knew April was pregnant because she had peed on $47 worth of those change-color sticks. Next day at Cedars, doc says “Yep, there’s the heartbeat.” OB says it’s look around time to make sure everything else is cool. Then “Wait! Whats this!!” gets shrieked.

No college, anatomically ignorant, but beyond confident, I think,  “I’ll fix this.”

Days earlier April had swallowed her tongue ring, so I figure I’m gonna chill April out and let the doctor know there’s nothing to worry about. Like the Wolf from Pulp Fiction. I point to the screen, slowly walking the doctor through what we’ve got here.

“You see ‘that’?” I say. “‘That’ little thing right there? A few weeks ago April swallowed her tongue ring, that’s what ‘that’ is.”

Her name is Dr. Walden, and her bedside game is strong. I know this not from Yelp, but because when presented the dumbest f’ing theory in the history of human reproduction, she says, pointing to the screen, card-game-straight-faced and calmer than that guy who landed the plane on the Hudson, “No, when she swallowed her tongue ring, it didn’t end up in there. That’s not what ‘that’ is. Congratulations you’re having twins”

Altes Garnatxa Blanca Terra Alta 2013 Spain
Coming from just outside of Barcelona in Spain’s Catalan region, this wine is 100 percent of the Grenache Blanc grape. It has enough body to give it a slightly creamy mouth feel yet enough acidity to keep it crisp and fresh. This wine would be banging with some fun cheeses. Maybe some hard cow’s milk cheese like Manchego!

Guilhem Rosé l’Herault 2014 France
A light and easy blend of syrah and grenache that tastes like, “Hell yes it’s Friday!” with a hint of watermelon. It’s delightfully southern French in nature. I would pair this with any kind of fresh salad or watermelon…or the person directly to your right for that matter.

Bobal deSanjuan “Old Vines” Utiel-Requena 2011 Spain
Coming from eastern Spain, around the town of Valencia, this wine is made from old vines ranging in age from 60 to 80 years old! It is from a rare grape that we don’t see very often in the states called Bobal. Being from Valencia, this bad boy should be paired with some chorizo paella. I know that might be a little labor intensive for picnic food, but it’s Friday! Let’s get creative!

Le Paradou Grenache 2013 France
One hundred percent grenache coming from southern France, this wine is definitely going to be the juiciest of the four. Full bodied yet beautifully balanced, it has fantastic aromas of dark berry fruits and dried prunes. Great to have with some meats—maybe even bring along a little spaghetti bolognese situation.