Home Drinking What to Tipple at Tomorrow’s Barnsdall Wine Tasting 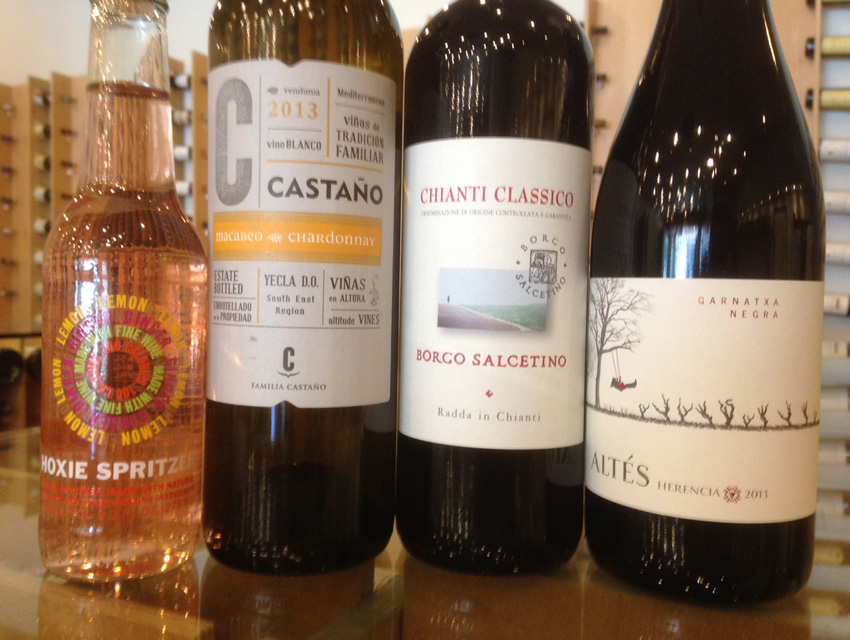 Another week almost over, another Barnsdall Friday Night Wine Tasting coming up! Curious about this week’s line up? Silver Lake Wine’s Randy Clement fills us in on what to expect—here’s what he has to say.

Friday Night up on the hill we get blessed. But no glass-topped golf carts, this Pius figure is a man of the people, and may he bless us all with his hustle. I thought when the Rolling Stones played the Echo two years ago it was a big deal. I was so young back then. Things done changed, but he still and wasn’t in the rap game, and no crack rock and not a wicked jump shot. He has something that we all want even though we don’t know it yet. That “Hoxie.” All that pink and fizz. So much cooler than wine coolers. Wine spritzers made by that Josh Rosenstein, say it like Frankenstein. He has slaved for way more than 12 years in the kitchens of AOC, Alain Ducasse, and enough places in New York to be sick of apples. But now he is breaking out harder than DiCaprio did in Gilbert Grape. He has something and we all need to try it. Together. I didn’t know that party up at Barnsdall could get any better, but after we pour that Hoxie, we might just have to re-evaluate. 3 wines + 1 Hoxie Spritzer = A better world.

Hoxie Spritzer
We decided to switch it up on y’all and start with a really elegant wine spritzer. Locally made and fresh on the market, Hoxie Spritzer uses great wine as their base ingredient and all natural extracts. The one we will be featuring has hints of lemon and ginger.  A great easy breezy way to kick off Friday.

Castano Macabeo/Chardonnay Yecla 2013 Spain
One of my favorite Spanish white wine combos, this is a blend of a native Catalonian grape called Macabeo and the more familiar, Chardonnay. However this wine is not made in Catalan (think Barcelona) but in the southeast region of Spain, known as Yecla. These wines are made to be crisp and refreshing on hot Spanish nights. The chardonnay brings a nice mouth-feel while the Macabeo brings forth delicious aromas of tropical fruit. I would pair this wine with a fresh salad or some grilled fish. Yes!

Borgo Salcetino Chianti Classico 2012 Italy
One of the most classic and iconic wines of Italy, this Chianti is made from 100% hand harvested Sangiovese. This is a killer food wine, very dynamic. If I had to say I would go with a classic Italian pairing and drink this with a little pasta or lasagna. The wine has great acidity and a nice little earthy spiciness.

Altes Garnatxa Negra Terra Alta 2013 Spain
Last week we featured an awesome Grenache Blanc from these guys. This week we are rolling with their red, or as they say it in Catalan, Garnatxa Negra. Coming from a little area known as Terra Alta just outside Barcelona, this wine is full-bodied and juicy. Beautiful aromas of dark berry fruits and a brushy earthiness, this will be the ultimate night cap to a beautiful Barnsdall evening. Definitely would drink this with some meats or heartier fare.