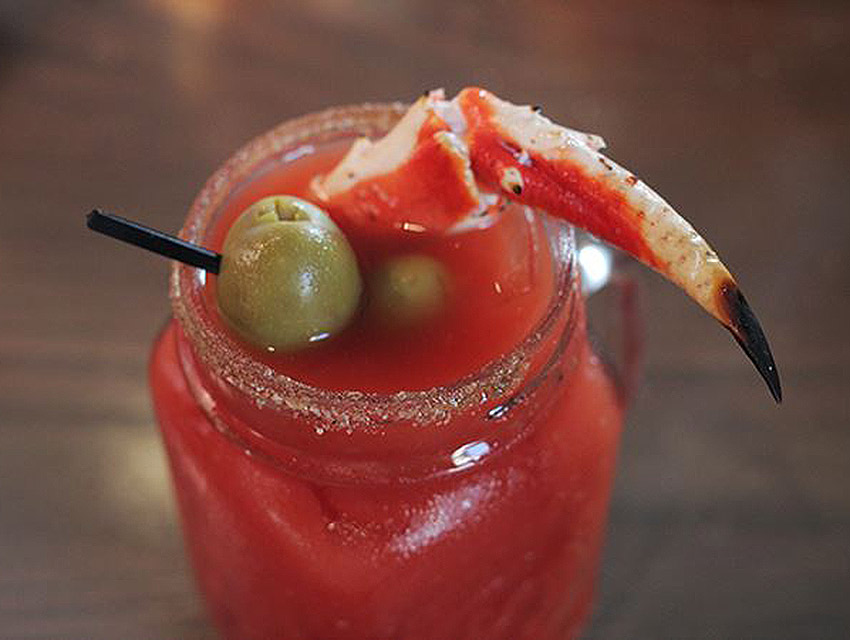 As a discerning L.A. drinker, you probably avoid beachside bars, giving them up to tourists and bro-dudes. But the newly launched Crab Shell Bar, the redone Venice Whaler’s downstairs cocktail bar, hopes to become your new drink destination which just happens to be steps away from the Venice Pier.

The new bar program by bar director Anthony Settecase (Cole’s, Las Perlas) doesn’t involve any “crazy mixology.” It doesn’t even have an ice program. But it does feature the cocktail trends that have already hit the mainstream, like cocktails on tap, shrub cocktails, beer cocktails, smoked cocktails, skinny cocktails, and even a Fernet cocktail.

Not to say Crab Shell Bar is trying to be Seven Grand West. (Note: There is a Blow Pop garnish in one of those drinks.) Rather it aims to bring up the standards of a beach bar and keep up with the changed drink scene. “They have drink programs everywhere now. There’s no longer the small Midwest town that doesn’t know anything,” said general manager T.J. Williams. “The Whaler needed to catch up with the world.” To do that, they use fresh juices and housemade ingredients in their signature cocktails.

Even the upstairs bar which is still fist-pumping party central has been updated with simple, easy-to-drink beachy cocktails like Margaritas, Mojitos, and Pina Coladas that follow the traditional recipes and leave out the pre-made mix. Most notably, the proper Mai Tai is no longer of the pineapple-juice-and-grenadine variety.

The former dive bar hasn’t become too fancy for picklebacks and Fireball shots (these are actually listed on the menu), however. “Those crappy cocktails, they’re still accessible,” said Settecase. “We didn’t go crazy. We’re not trying to be a mixology bar.” Even the drink price of $11, they said, is cheaper than what was charged for the previous menu.

Settecase and Williams don’t want to turn anyone off or turn down any request. Although each bar has its own dedicated cocktail menu, you can enjoy your drink upstairs or downstairs, but may be drawn to a particular crowd. “Upstairs you still have the party scene, your EDM music; and downstairs you listen to the Clash or the Eagles, sit down and have a nice craft cocktail and not worry about getting bumped into,” said Williams.

So while Crab Shell Bar isn’t exactly the place for hard-core cocktail geeks who’ve already seen it all and drank it all, it could be a fun, bonus stop for barhoppers along Washington Boulevard (i.e. Corner Door-Scopa Italian Roots-Sunny Spot).