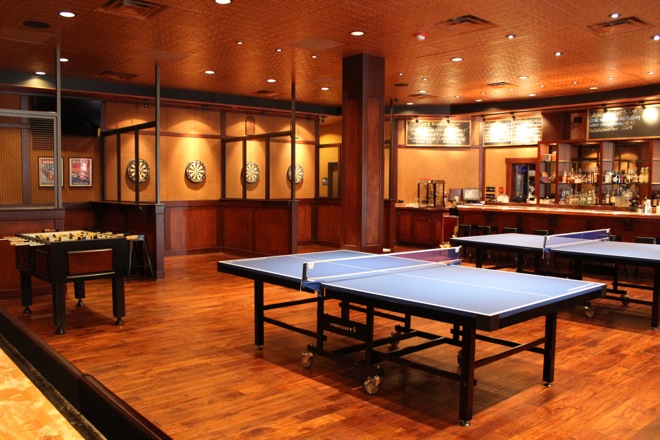 Each of us is geeky about something. For some folks, it might be fancy shoes or Queen albums or migratory patterns of birds, but for an increasing number of people, it’s craft beer. And while I’m proud to call myself a beer geek, I also must tip my hat to the geekiest of the geeks. And for those brave, awesome few… allow me to present you with these deliciously nerdy beer events happening soon:

The Glendale Tap will be hosting an evening with Eppendorf, a biotech company that manufactures research laboratory equipment. Patrons can have the beer they’re drinking analyzed with a BioSpectrometer, which will reveal the measured color, bitterness, alcohol level, pH, and other metrics of said beer.(Glendale Tap proprietors Steve Skorupa and Glyn Samuel have also stated that they’re open to homebrewers bringing in a bottle of their own wares for analysis as well.) Wednesday, April 2 from 7:30 to 11 p.m. > The Glendale Tap, 4227 San Fernando Rd., Glendale, 818-241-4227.

Story Tavern—which just recently unveiled its handsome new game room—is hosting a craft beer/board game crossover event to commemorate International TableTop Day, “a celebration for all the fans of tabletop gaming [… a] single day where the whole world is brought together in a common purpose of spending time together and having fun.”

Pre-sale tickets ($23) include a choice of board game to play—7 Wonders, Elder Sign, King of Tokyo, Pandemic, Settlers of Catan, Ticket to Ride, or bring your own—a pint of craft beer or cider, and an appetizer from the Story Tavern menu. These matchups have been designed to last around an hour or less, so players should be able to try a few different options. Several local beer bloggers—Kip Barnes, Hamish Cameron, Josh Sellers, and John Michael Verive—are organizing the event and stress that it’s for players (age 21+) of all skill levels, adding that there will be “Game Runners” on hand to get games started and to answer any questions that may arise. Saturday, April 5 from 12 to 3 p.m. Tickets and more information. > Story Tavern, 150 S San Fernando Blvd., Burbank, 818-567-4200.