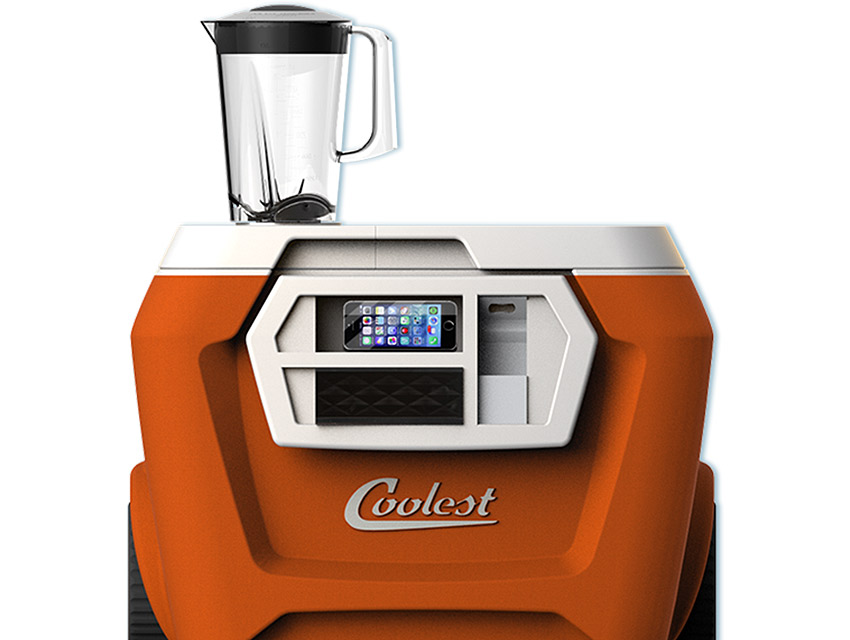 Beer coolers are usually pretty simple: Just toss in your beverages and cover with ice. But can you imagine a futuristic world where they did extra, super cool stuff?

That’s the idea behind “The Coolest” a tricked-out drink cooler concept on Kickstarter created by Portland-based inventor Ryan Gepper. What features does the 60-quart “The Coolest” add? How about:

The demo video looks pretty cool, especially when thinking about all those time we were stranded at the beach without the proper equipment.

On the product’s Kickstarter page over 27,000 people have already pledged $185 for their own Coolest cooler, which is expected to go into production by early 2015.

Want to claim one of your own? The Kickstarter still has 38 days remaining, meaning you have plenty of time to decide if having mobile blender and other whiz-band gadgets is worth the price tag.