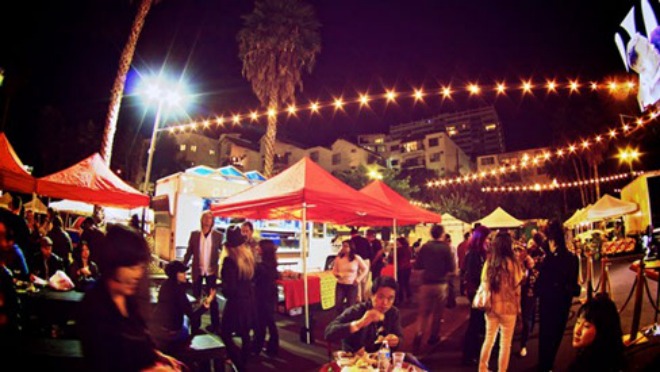 The former “after hours” farmers market that took place weekly at the 8755 Sunset Blvd. lot has been revamped and relaunched as the Sunset Craft Beer Market, which will debut on May 22 and run every Thursday night until September 25.

From 5:30 to 9:30 p.m. you’ll find breweries like Sierra Nevada, Ballast Point, Firestone Walker and New Belgium Brewing pouring their beers, along with local brewery favorites yet to be announced. You’ll even score free tickets for 10 beer tastings.

The Sunset Strip Craft Beer Market doesn’t just stop at suds, either. There will be live music, dancing, games, art installations, food trucks. and local produce. The event is open to all ages and is free to attend.

And why not Uber there why you’re at it? Use the code SSCBM if it’s your first time and you’ll get a free ride worth up to $50.

We could think of worse ways to kick off the summer than drinking beer on the Sunset Strip, but maybe that’s just us.