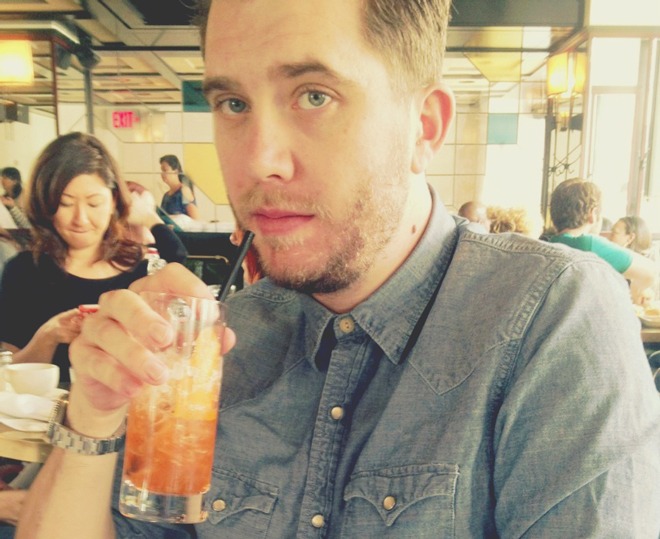 Adam Vourvoulis, general manager and beverage director of Trois Mec, is a guy you should know. Not only because he’s running the show at one of the most sought after reservations in the city, but for his inventive pairings and interesting point of view. The tattoo on Adam’s arm, which boldly and simply reads RIESLING, might give you an idea of what he often likes to pour in his glass. But, after an evening of multi-course meals and precise service, he relaxes with something a little more straightforward.

So what’s your shift drink?

“Beer. I love to drink beer. I hate to be so clichéd in my post-shift alcohol consumption, but beer continues to be my drink-of-choice. Don’t get me wrong; cocktails, spirits, and wine occasionally make it into the rotation, but beer is king. It doesn’t get much better than coming off of a 12-hour workday, hurrying off to some late-night restaurant in Koreatown (Dan Sang Sa being that place, as of late) and ordering too much food and several large bottles of frosty Hite.

I keep my fridge pretty well stocked with a variety of beer choices, ranging from so-pale-it-almost-has-no-flavor Rolling Rock to Stone Spotlight Series Rick & Robbie’s Spröcketbier. I started my restaurant life in the kitchen. At the first place I worked, we always ended the night with a beer. Beer symbolizes the true end of my workday. Honestly, just writing this puts a smile on my face knowing that, later tonight, I get to sit down with my feet up and enjoy an ice-cold bottle of pure relaxation.”