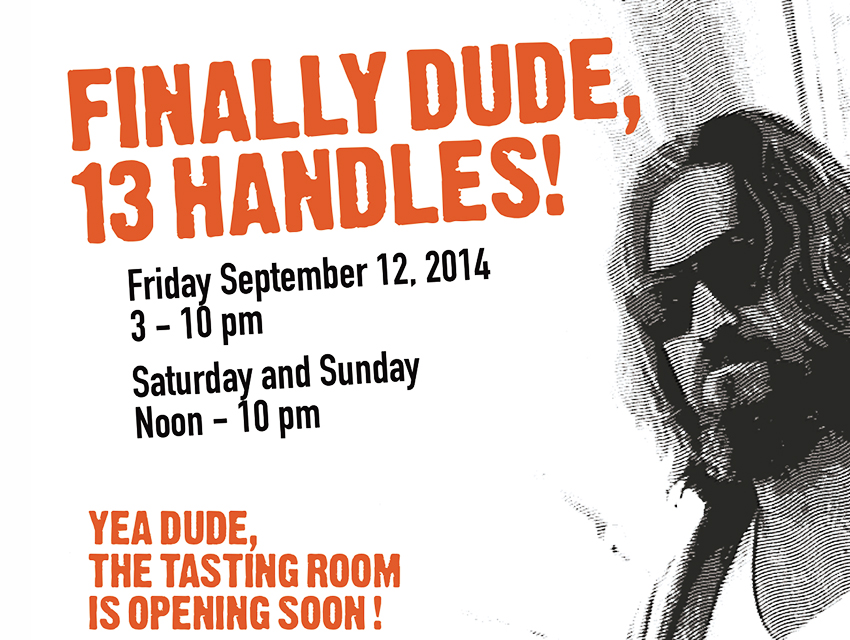 It’s always better to see an animal in its natural habitat. So too is the case with beer. To sip a beer mere feet away from where it was brewed is to understand the beer as the brewer intended.

Which is why it’s so exciting that the taproom at The Dudes’ Brewing Company is open for business. Dudes’ co-founder Jeff Parker says there are 13 taps in the tasting room. Old favorites like Grinning Face Porter and Double Trunk double IPA are flowing. Blood Orange is on nitro and a new IPA, Californ-IPA, is making its debut in honor of the grand opening on September 12.

“We’ll have new stuff every week or every other week depending on demand,” Parker says. The Dudes’ will have a pumpkin beer out in time for Thanksgiving and are working up a Berliner Weiss (sours!) that will join the brewery’s regular rotation soon. “We used to have random people wander in off the street. Leftovers from Monkish or Smog City. We’d have a beer with them anyway, but now it’s official. Now they’ve got a place to drink officially. It’s going to be fun,” Parker says.

The Dudes’ taproom is open Thursday and Friday from 3 to 10 pm, and Saturday and Sunday from noon to 10 pm.