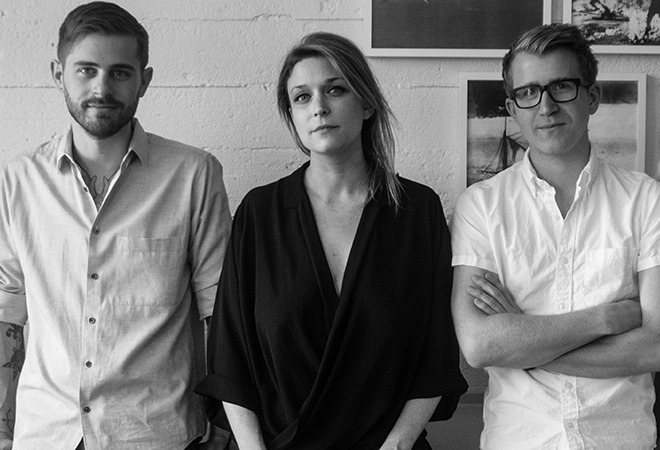 Proprietors LLC is everywhere. This dawned on me after I got a press release announcing that the hospitality group took over the cocktail program at Fifty Seven with new chef in residence Josh Drew. These guys again? Didn’t they just do the program for Acme Group’s Beelman’s Pub on Spring Street, in addition to the one at Zinc Cafe in the Arts District, while also opening their new Nitecap bar in New York? And then there was the cocktail menu for the Quentin Tarantino-focused cabaret show at DBA. Never mind what they have in store for King Eddy and its basement this coming August. (Hint: look for the return of the 6 a.m. opening time.)

Partners David Kaplan, Alex Day, and Devon Tarby, it seems, can’t say no to anything.

“We’re opening four new bars this year of our own. King Eddy is one of the four,” said Kaplan, who claims he somehow gets the requisite seven hours of sleep per night.

And that’s just their bar/restaurant projects. For upcoming non-bar projects, look for a new collaboration on an in-flight drinking kit (coming out later this month) with designer Stephen Kenn, whom they worked with on the Gin & Luck rucksack, their new Death & Co. book which comes out this October, and their online magazine. Yes, it’s hard to believe Kaplan when he says stuff like, “We try to take on a limited amount of things.” But believe it or not, the group is super picky about how they grow their brand and their company.

So, a note to aspiring bar owners, if you’re looking to work with them on something, you can’t just throw money at them. Your project needs to have the following to get them to look twice at it.

1. The more challenging the better.
These guys opened bars in Moscow and Mumbai even though they couldn’t speak the language (plus, American whiskey is hard to come by in Russia). “We like to do things that we’ve never done before”, says Kaplan. “That’s why when Alex and I came out here, we didn’t open a small, little cocktail bar, we opened Honeycut. ‘OK, we can open 50-seat cocktail bars well, so let’s do the opposite and open a 200-person dance/cocktail bar instead!’”

2. Would they want to drink there?
“All of these places allow us opportunities to build programs at places where ultimately we’d want to drink,” said Kaplan. “And programs that we’d ultimately want to enjoy as a customer. So they’re almost always from some sort of selfish motivation along the line.”

3. They have to like the project. A lot.
“We don’t get involved in anything unless we can fully invest in every way,” said Tarby. “Of course professionally, we’re going to fully invest, but emotionally as well. Of course we have to like it and luckily we like lots of things.”

5. Not in the Arts District? Then it’s gotta define a marketplace.
Their new project, W. Wolfskill, is a long way from the Arts District. In Riverside, to be exact. Apparently there is some fine drinking to be had east of the 15 Freeway, especially now. “We got the opportunity to work with owners Ronaldo and Sheena Fierro. They’re redefining what drinking and dining is in Riverside. That alone is really exciting, whether you think Riverside is exciting or not. THAT’s cool. That’s the opportunity to contribute to a project that’s defining a marketplace. How could you say no to that?”