Home Uncategorized Pliny the Younger—One of the Highest Rated Beers in the World—Returns to... 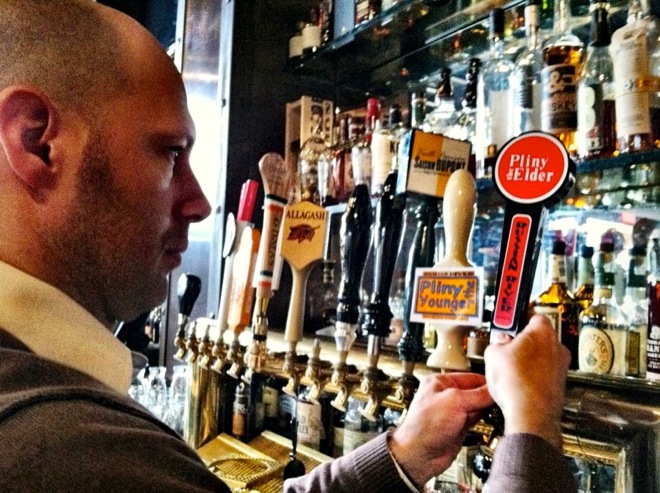 Russian River Brewing Company has made quite a name for itself over the years, namely for the quality of its sour beers as well as its extremely hoppy beers.

Pliny the Elder, Russian River’s prized double IPA, continues to hold a perfect score of 100 on BeerAdvocate and RateBeer. (No small feat.) Being in the same state as the Petaluma-based brewery ensures that we’ve got a fairly steady supply of Pliny the Elder flowing through our SoCal taps, but the Pliny hype does reach a high point near the beginning of each year as its beefed-up relative, Pliny the Younger, gets its annual release.

We’ll get a few kegs down here in Los Angeles, and several local bar owners have found a way to tame the madness, introducing charity and lottery components to ration out the sweet, rare nectar. Here are a few places that serve it:

Craft beer hotspots such as Father’s Office, Ladyface Alehouse & Brasserie, Lucky Baldwins, Naja’s Place, Surly Goat, and Verdugo Bar got in on the PtY action last year, but thus far I’ve spotted no details on whether or not they’ll be hosting events or quietly tapping a keg this year.

Alternately, if a 6+ hour roadtrip is on your mind, then by all means, hop in your car and get thee to Russian River Brewing! They’ll have Pliny the Younger on tap at the source through February 20, but do prepare to wait in lines reported to be as long as eight hours.

(Hat tip to The Full Pint for the Mohawk Bend/Tony’s Darts Away info!)