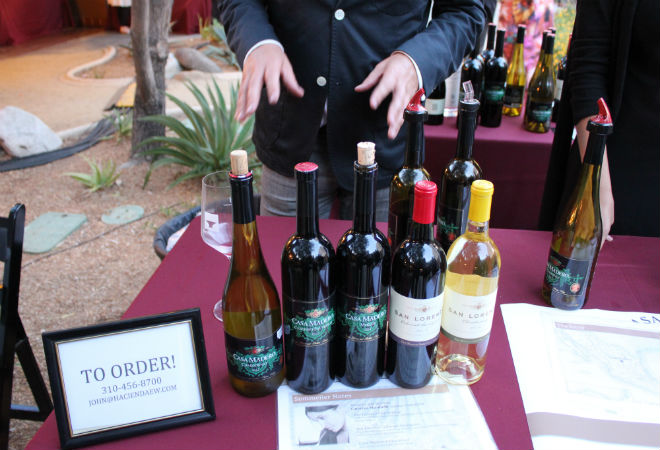 Last Friday evening, I attended Alta Med’s annual fundraiser, East LA Meets Napa, where Napa wineries that are either Latino-owned or feature a Latino winemaker bring their best wines to pair with the gastronomy of East Los Angeles. 1500 people sipped Napa cabs paired with Oaxacan moles while enjoying the ambiance of Union Station and the Metropolitan Water District Courtyard. The always sold-out event helps to fulfill Altamed’s mission of giving greater access to health care for Latinos, multi-ethnic communities, and other under-served people in Southern California.

In the past few years, there has also been a small group of vintners from Baja California–last year was the biggest, so I expected the trend to continue, and perhaps to see if any of Baja’s better producers might be making their way to Los Angeles. Mexican wines are available in San Diego and by mail, but only a handful of Mexican wines are found in Los Angeles (the best selection is at Cacao Mexicatessen). Unfortunately, East LA Meets Napa only had two Mexican wines this year, but one of them turned out to be Casa Madero, the oldest winery in the Western Hemisphere.

John Sutton of Hacienda and Estate Wines was pouring Chardonnay, Cabernet Sauvignon, and Merlot produced in the Valle de Parras in the Nothern state of Coahuila, where Casa Madero has been operating since 1597.

“Casa Madero has been in the country for just 2 months. We’ve had good sales in San Francisco, San Diego and L.A. so far,” says Sutton. “South End in Venice is carrying Casa Madero now too.”

At a lower price point than most Mexican wines, Casa Madero has what it takes to serve the fast-growing Mexican restaurant scene and non-Latino restaurants alike. Did I mention these historic wines are delcious too?