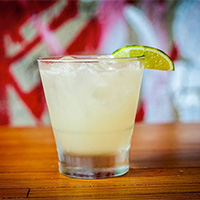 You’d think in light of The Great Lime Crisis of 2014, bartenders would have to get Iron-Chef creative to prepare for the margarita-thirsty masses heading their way this Cinco de Mayo. But surprisingly, apart from a few spots that have developed workarounds or shifted focus to lime-less alternatives, many bars and restaurants are not letting limited limes stop them from celebrating the holiday the way they want: with massive margarita drink specials.

Here’s how L.A. bars are handling the holiday—with or without limes.

Petty Cash: The Beverly Boulevard cantina is keeping things simple for its Cinco de Mayo/one-year anniversary party with straight-up $5 Fortaleza tequila shots. Kicking things off, from 2:30 to 3:30 p.m. Fortaleza Tequila’s Guillermo Sauza will lead a tequila tasting; $5 cover at the door. If you’re dying for a margarita, however, try the “50/50” which splits lemon and lime. On their Margarita Mondays (not on Cinco) there’s the aptly named “Cartel Margarita” with lemon, house curacao and Tequila Cabeza Blanco for only $6.

Tavern: Instead of its bi-monthly wine and cheese night, Suzanne Goin and Caroline Styne’s Tavern will host a “Cocktailitas and Bites” event for Cinco starting at 7 p.m., featuring four tequila and mezcal cocktails paired with eats by Goin. Not coincidentally, only one of the specialty cocktails contains lime. “When I look at it from a business point of view our cocktail cost went up by about $1.50 to $2. However it’s like gasoline, you still need to drive,” says Tavern barman Christiaan Rollich. “We still will be using limes and lime juice, we just have to be more thoughtful in using it. And, of course, as long as it doesn’t affect the integrity of our cocktails. I don’t want to just use lemon juice for the hell of it.”
Here’s Rollich’s list:
Taberna Verde: Reposado tequila with cilantro, lime, basil and jalapeno sorbet
Moscow Margarita: Silver Tequila with roasted beets, housemade orange liqueur and ras el hanout
Oaxaca Sour: Mezcal with Angostura, lemon, vanilla and egg white
Fire & Smoke: Tequila with blood orange, sweet wood, arbol chile and mescal

City Tavern DTLA: The gastropub will have two sangrita specials as well as margaritas. But while the City Tavern’s use of lime wedge garnishes suggests it’s unaffected, it is actually using Perricone juices. “They hand juice everything daily,” said Bar Manager Brent Falco. “Because they do so much more volume they’re not charging me more.” And it’s just as well since what little limes are available now aren’t all that great. “They’re not even good, they’re dry, and for me Perricone is giving me a level playing field where they all taste exactly the same,” she adds.

Rosa Mexicano: Rosa is doing up “5 Days of Cinco de Mayo” (from May 1 to 5) specialty cocktails flaunting the fresh-squeezed citrus, from the “Tradicional” margarita pitcher to the frozen “Tropical (lime)” pitcher. There’s also the “Margarita Francesca” with Grand Marnier and the “Fresa Picante” with strawberry and jalapeno infused El Jimador blanco, lime and organic agave. “We don’t change what we do during these short-term fluctuations, so no price changes or recipe changes are being considered as a result of the current produce cost increases,” says Brook Vandecar, Rosa Mexicano’s beverage director.

Las Perlas: The team behind the downtown tequila bar says they’ve been lucky in that they haven’t had to make any changes at all since the bar uses fresh squeezed juice from a local lime purveyor. They’ll have $5 margaritas as well as $5 Palomas and tequila shots and $3 Tecate beer. Stick around til 9 p.m. for the mariachi band.

Gracias Madre: Even though the vegan eatery says that organic limes cost it $136 a case, double what it normally costs the bar program, beverage director Jason Eisner says, “On Cinco de Mayo, we’re going to have limes, and we’re going big.” The lime-y Purista Margarita and Michelada will only be $5 on Monday from 11 a.m. to 11 p.m.

Pink Taco: For Cinco party central, Pink Taco has got two volume-friendly cocktails on tap which use fresh lime juice squeezed in-house and will be sold in pitchers for $40 each: the margarita and, “for non-tequila drinkers,” the Moscow Mule. How is that possible? Easy. The company just pays for the limes and doesn’t raise the cocktail prices.

Red O Restaurant: From May 2 to May 5, the Newport Beach and Melrose locations are doing up a cocktail tribute to the Mexican flag with $10 “The Good, The Bad, and The Ugly” (El Bueno, El Malo, y El Feo) cocktails. Two of the featured cocktails use lime and the official company line is that Red O is not letting the shortage interfere with how it normally does things. “The lime shortage definitely has increased our costs, but we are committed to serving quality products and both our kitchen and bar continues to use fresh lime juice squeezed in house for our recipes,” said Dan Oliver, director of wine and spirits at Red O Restaurants.
Red O’s List:
The Good/El Bueno (white): tequila, coconut, lemon, and orange liqueur
The Bad/El Malo (red): tequila, hibiscus, limonada, and orange liqueur
The Ugly/El Feo (green): tequila, cucumber, epazote, fresh lime, and simple syrup