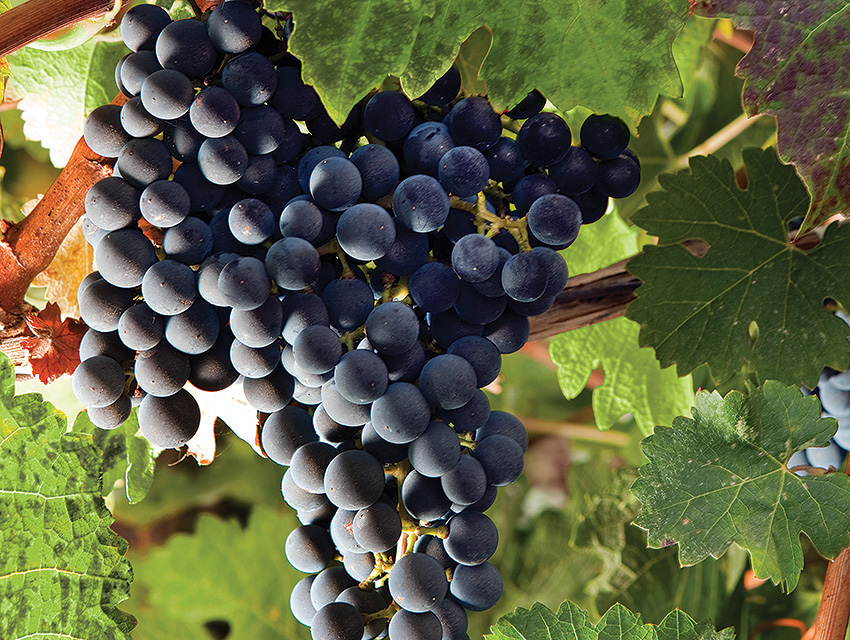 With the threat against our precious almonds still looming, wine production is also under scrutiny amid drought concerns. The Associated Press reports that a vote (which took place this past Tuesday) by the L.A. County Board of Supervisors  approved a temporary ban on all new vineyards on 32-square miles of the Northern Santa Monica Mountains.

The ban, which would also bar any expansion of existing vineyards, is aimed at mitigating the effects of the historic drought that has plagued California for four long years. The article states that Supervisor Sheila Kuehl, whose 3rd District extends from the ocean to Los Feliz, has said that the prohibition will give city planners the opportunity to review the issues around vineyard water usage.

Some local vintners have taken exception to the ruling, claiming that the new restrictions seem arbitrary and too strict.

“I think it’s a pity, and I think that it has to be driven by factors that are outside of really strict environmental land-use climatological issue. It has to somehow be involved in the perception either of grape growing, in general, as an activity of rich people who are not stewards of the land, or maybe there’s just something about the history of grape growing in the area and around Los Angeles,” says winemaker Abe Schoener of the Scholium Project.

Schoener says he thinks the ban is an extension of the last year’s vote to halt new vineyard development near Malibu.

“I say it would have to be based on some sort of misunderstanding because grape growing is not harder on the environment than other forms of agriculture,” continues Schoener. “There’s no question that vineyard development when done terribly can have a really terrible erosive effect, but that’s when it’s done carelessly.”

The vintner goes on to explain that in Napa, for instance, such damaging practices have been addressed by land-use policies without preventing the establishment of new vineyards. Calling the ban “too severe,” he says he’d be more accepting of it if it was extended to all new agriculture.

“It just seems to me that singling out vineyards is wrong and driven by something that’s not really scientific,” asserts Schoener.

He also points out that it’s possible to grow grapes without irrigation.

“Some of the most important vineyards all over the world, including California, that have no more available rain water or ground water than the San Gabriel or Santa Monica Mountains—those places grow grapes of the highest quality without irrigation,” he says, explaining that perhaps erosion is a more pressing concern.

However, according to Schoener, there are ways to minimize the effects of erosion, too. He also cites the work of Alysha Stehly and Chris Broomell of Vesper Vineyards in San Diego County, who are replacing their avocado orchards with vineyards because grapes require so much less water than the green fruit.

When asked if his upcoming winery in Downtown L.A., which is still in the early planning stages, will be affected if the ban becomes permanent, he says that it will have a small impact.

“It’s not that we’d planned to plant vineyards of our own—certainly not in the short term—but we had hoped to buy grapes that were farmed locally, and this is just going to make those grapes even harder to get,” says Schoener, who wants to make it clear that he’s not against the environmental concerns that are being cited as part of the ban.

“I just think it’s weird that vineyards have been singled out,” he says.

For their part, the Board of Supervisors has stressed that the ban as it stand is only temporary. KPCC reports that a public hearing to further explore the issue is expected to take place July 28.