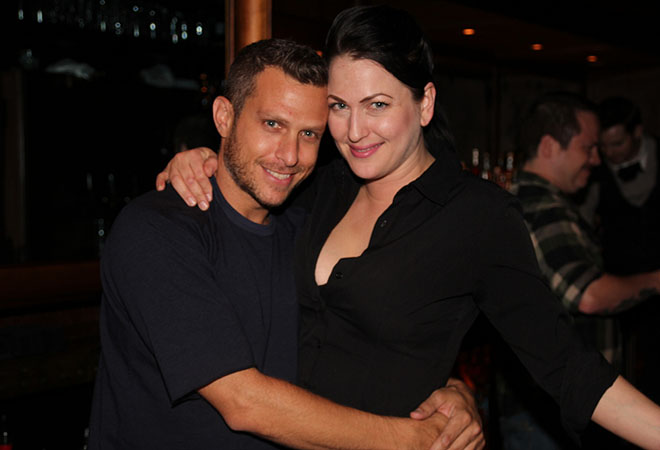 Unlike many of her bartender brethren, however, Naomi’s not setting out to start her own cocktail consulting company or leaving for a plumb full-time brand ambassador gig (although she will continue to spread the gospel of small cognac house Cognac Park part-time). Rather, she’s leaving to “step back and reflect.” Needless to say it sounds like she’s got lots of travel plans, which include hitting the road for an unspecified amount of time. “I’m going to hit the road for awhile. I don’t know how long the road trip is going to be, but I’m just going to hit the road,” she said.

So what does this mean for the future of cocktails at the Spare Room? No more fun cocktail punch bowls to go with your game of Connect Four? And will it still have “Quite possibly the best Moscow Mule ever”?

So who will they get to fill Naomi’s rather large shoes? “I already have my eye on a few people but I don’t want to rush into anything,” Rose said coyly.

Now if you’re looking to submit your resume, keep in mind that there are a few things Rose and Schimek are looking for in a Spare Room beverage director. You must possess the following:

A thirst for knowledge. “The great thing about Naomi is that she never stopped learning. We would go and buy books together. We’d geek out on pop culture together and how we could bring that into the mix. So I want someone who is ready to geek out and play with us at the same time. I want someone who is hungry.”

Ability to translate crazy ideas into a damn, tasty cocktail. “Sometimes I have crazy ideas from a creative standpoint but I don’t know how to put that in a glass and Naomi always took my ideas and put them in a glass. I would throw nutty things at her and she would look at me like ‘You are nuts’ and then she would come up with it.”

Schimek’s last day at the Spare Room is August 13, the upcoming Tiki Wednesday with Paul McGee from Three Dots and a Dash in Chicago. And she will pop back in for the last Tiki event in September with Employees Only’s Steve Schneider.