Home Drinking Malibu Winemakers May Be Forced to Rip Up Vineyards 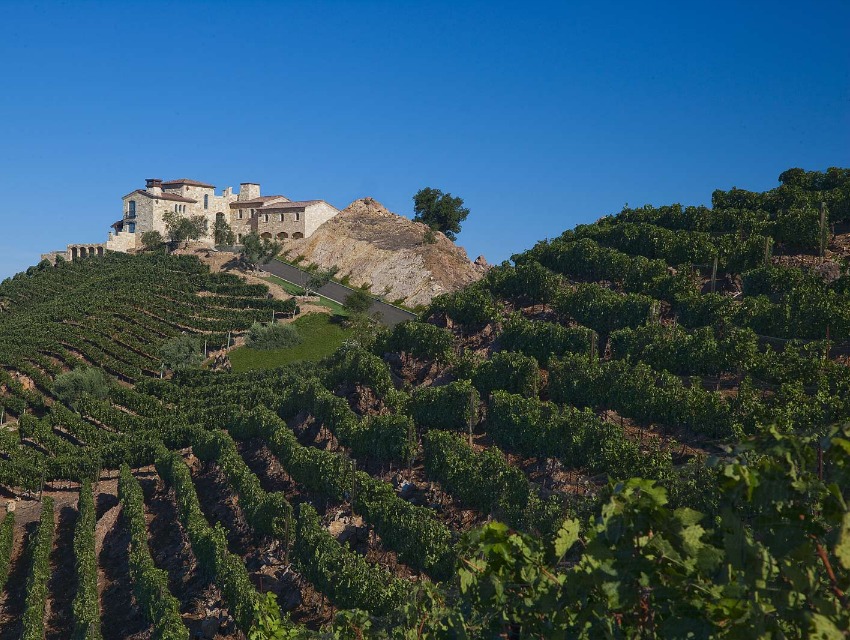 All is not well in the Malibu wine world. The exciting news about the newly approved Malibu Coast AVA has suddenly been overshadowed by the shocking possibility that certain winegrowers and vintners will have to rip out their vineyards in the coming months.

The approval of the AVA by the Alcohol and Tobacco Tax and Trade Bureau (TTB) took approximately four years, with vintner John Gooden (Montage Vineyards) leading the charge. The facts presented by the commission, headed by Gooden, traced the lineage of vineyard plantings in the area back to 1824, a historical precedent that helped it earn its prestigious designation.

But newly proposed revisions to the California Coastal Commission’s (CCC) Land Use Plan (LUP) for the Santa Monica Mountains and Malibu—set forth by Supervisor Zev Yaroslavsky of the L.A. County Board Supervisors—will directly impact those vineyards along with equestrian and other agricultural-based properties that lie within “unincorporated areas.” Up until now, these lands, which run along the coast from Santa Monica up to Ventura County lines, have not had a LUP.

A vote slated for August 26 will impact many of the small “hobby” and commercial vintners who have had vineyards planted on their properties since the late 1970s. Harvey Ebersole, a lawyer working with the Coastal Coalition of Family Farmers, believes that the consequences of this proposed ban on vineyards in Malibu could hurt viticulture around the U.S., not just locally.

“If the county succeeds in maintaining its ban on new vineyards, then surely other local governments will refer to this precedent as they seek to outlaw new vineyards within their jurisdictions,” Ebersole said.

Montage Vineyards’ John Gooden was present at the meeting back in April when the proposed changes were brought to light during a public hearing. He asked to speak, but says he was denied the chance. Gooden says it was the Coastal Commission and Yaroslavksy’s office that negotiated the final details, which eventually were adopted—without participation from vintners or growers.

We spoke with Supervisor Yaroslavsky by phone, who stated that anyone living in unincorporated areas, “know[s] that they have to get a permit from the Coastal Commission to do anything,” and that two fees are required in the permitting, paid to the county and the commission. “What this plan does is eliminates the duality of the permit system,” giving the responsibility solely to the county to enforce the laws, which he says is better suited for the job over the Coastal Commission.

Yaroslavsky chalks up the controversy up to a handful of small growers concerned with losing their vines because they were planted illegally in the first place.

He further says that there is not “sufficient water in the Santa Monica Mountains for this kind of use. What we are trying to do is protect and preserve the mountains and sensitive habitats around places like Chaparral, which is considered an endangered region by the state of California.” Not everyone agrees that vineyards have a negative effect on the land, however.

On the subject of labeling vineyards as abusers of water and erosion, we also spoke with a winegrower who wished to remain anonymous, but who explained that most growers and vintners in Malibu employ organic and sustainable farming. “Cover crops are planted in winter months—flowers, legumes and grasses,” he says. This point counteracts a claim made by the updated Coastal Commission report from April 9th (page 5 here), which claimed: “The areas between rows of plantings are often bare.”

Additionally, vineyards act as firebreaks and vines grow deep roots that help prevent soil erosion and also require little water to thrive—they like to be stressed. Drip irrigation systems, employed by most Malibu growers, provide optimal regulation for water use—especially in comparison to horse farms. “We’ve turned on our drips for a total of 11 hours since last September,” the vintner told me, adding that it’s probably “less water [than what is] used to wash out one horse stall.”

Yaroslavsky provided no data on water use from local vineyards but cited vineyards in Santa Ynez that use “250,000 gallons of water a year,” and conceded that while drip irrigation is useful, “not everyone has it.” He also believes that vineyards in the Santa Monica Mountains, most of which are planted on steep slopes that have been terraced, are “degrading the scenery” and stressed that their principle objective is to protect the natural terrain and to “leave the creeks and sycamore groves as they are for future generations, so the biosphere will be protected.”

In response to the charge that this ruling might impact other growing areas, Yarolavsky was very skeptical, “No, not at all. When the Coastal Commission approved this plan they made the distinction that this is different than places like Sonoma County or Marin County.” He further emphasized that the Santa Monica Mountains are a national park and that the L.A. Board of Supervisors “want to make sure the development in those areas—buildings and agriculture—are complimentary and don’t do damage to what makes this place unique.”

To Yaroslavksy this is merely an issue of permitting—which vineyards are planted legally and which are not. Yet the fact remains that vineyards have been a part of Malibu’s history for close to 200 years, and new vineyards are the lifeblood of an AVA. While regulation is critical, is it really in the county’s best interest to ban new vineyards altogether?

The issue remains a hot topic for many local residents and leaders, but it looks doubtful that any changes to the proposed rules will be made in time for the August 26 vote. Those with concerns should reach out to Supervisor Yaroslavsky’s office, which can be reached via email or telephone.

On August 26, the L.A. County Board of Supervisors approved the new Land Use Plan for the Santa Monica Mountains, which was opposed by vintners who argued that the new plan was an infringement on their rights, given the recent federal recognition of the Malibu AVA. The new “Local Coastal Program” allows for some organic agriculture use, such as the planting of certain fruit trees and also permits equestrian sites to remain, or come into compliance if they are—for example—polluting a nearby stream. For vineyards falling within the newly approved areas, however, they will be subject to scrutiny. Some owners may possibly be forced to rip out their vines.

Elliot Dolin, one of four vintners spearheading the approval of the Malibu AVA, helped form the Coastal Coalition of Family Farmers in an effort to prevent the amended bill from passing. At a recent winemaker dinner in Santa Monica, Dolin explained that there was barely any time to react, let alone organize—the new plan was presented in February and brought before the planning commission in April. “We all got up and spoke, and it fell on deaf ears,” said Dolin. “We had one supervisor, Mike Antonovich, that was sympathetic. He felt that it was an infringement of private property rights. Agriculture is agriculture. How do you discriminate against one particular kind? Why is it okay to grow avocado trees that use far more water? Why is okay to grow other crops that still need pesticides?”

Supervisor Yaroslavksy, a vocal opponent of vineyards in the Santa Monica Mountains, voiced his support for the passing of the plan as a fair compromise with a wide variety of stakeholders.

Dolin says that taking the matter to court is not off the table. “Depending on who takes Zev’s place,” says Dolin,  “we might try to re-approach the board of supervisors and try to get it amended. Either way, it’s not going to stop us.”