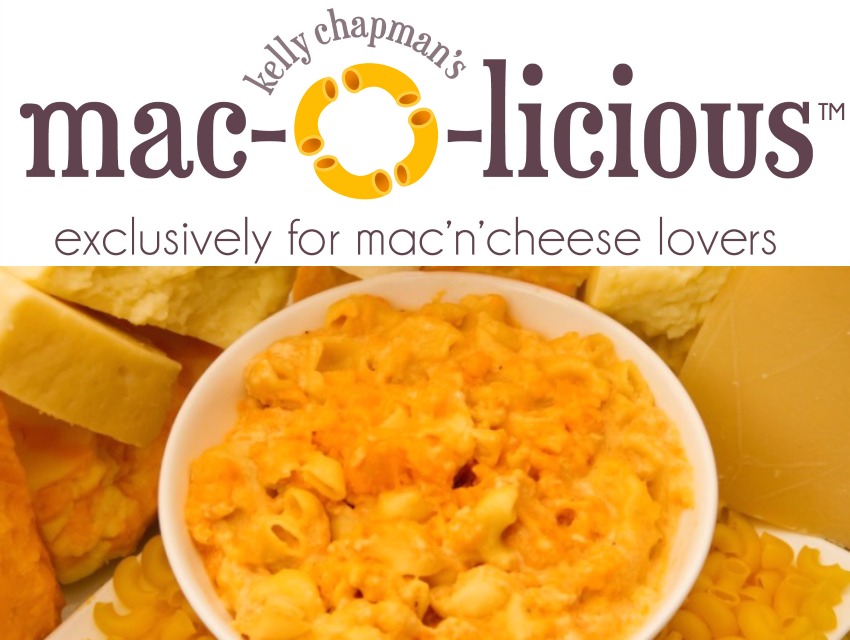 Gourmet mac ‘n’ cheese specialist Kelly Chapman, who you may have seen at various farmers’ markets across the city with her Mac-o-licious food truck, is on a karmic roll right now: In addition to a recent television appearance on CNBC’s Restaurant Start Up and an album release with various Grammy award-winning musicians called “Great is Your Grace,” Chapman has put the cherry on top with a new flagship Mac-O-Licious restaurant set to open this September in Valley Village.

“I told myself if I ever left corporate America, I would focus my attention on macaroni and cheese,” says Chapman, who once worked at Microsoft and BET. The key to making a great mac ‘n’ cheese, she says, is baking it like a casserole, which creates a sought-after crispy, top layer of cheese. “You can get the creamy style of mac n’ cheese anywhere in the world. But this is something different; it’s like cheese on steroids.”

Her “5 Cheese” Mac is topped with Asiago, Fontina, Gruyere, Parmesan and Cheddar to provide maximum richness; the American Mac incorporates asparagus, hickory-smoked bacon and cheddar; one new recipe called the Frou Frou is bolstered with blue crab claw meat (you’ll also see one with lobster); or if you want something a bit more whimsical, you can always order her Southern Fried Mac Pops, fried on a stick and dressed with marinara sauce and herb oil. Pair this with roast beef, fried chicken, sausage, and Chapman’s homemade corn bread and you’ve got yourself a modern, Southern-style meal in the good ol’ San Fernando Valley.

“In our world, mac ‘n’ cheese is the main event, and proteins are the sides,” she laughs. Mac-O-Licious will be open for breakfast on Saturdays and Sundays, where you can enjoy her breakfast sausage and bacon-egg casseroles, too. Sounds like we’ll need a nap afterward.