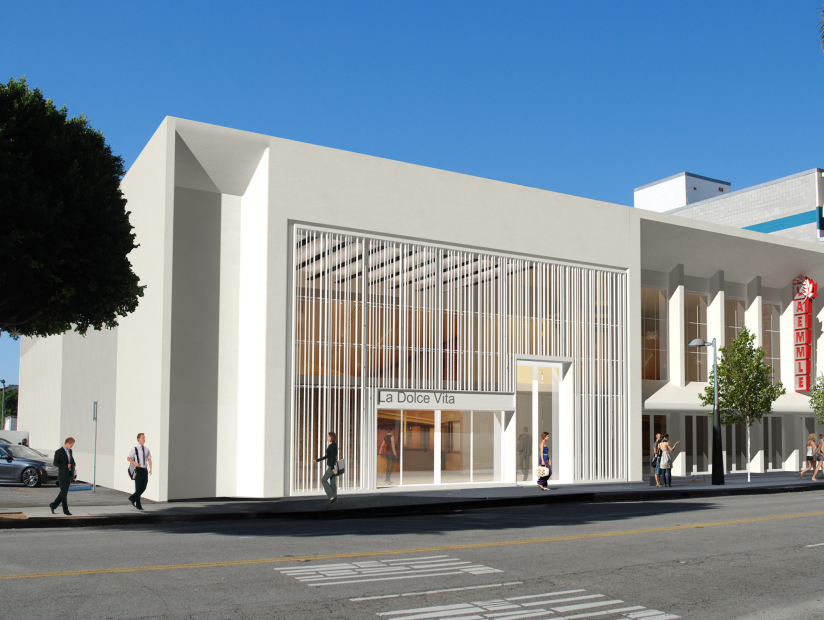 Margarita with your popcorn? The Laemmle Monica 4-Plex  in Santa Monica announced recently that it will be soon be offering alcoholic beverages to drink inside its theaters, reports the Santa Monica Daily Press.

It’s all part of a large-scale renovation project which has been going on since May. The newly outfitted theatre complex will feature two new rooftop restaurants and will beer and wine at a concession stand on the ground floor.

Just like in Europe, you’ll be able to buy your beer, wine, or cocktail and then head inside to watch a movie. The stand will also sell prepared food, such as sliders, salad, pizza and sandwiches.

The cinema environment is about to get more competitive in Santa Monica,” CEO Greg Laemmle told the Architectural Review Board (ARB) in February. “And we feel the enhancements that need to be made to our location here will allow us to present a modern and competitive film center which will show the foreign and independent films we’re known for but also allow a flexible space for festivals and screenings.”

If you’re hungry afterwards, you can head upstairs to one of two new eateries, including a 3,000-square-foot rooftop restaurant. Another restaurant, which will span the first and second floors of the building, will seat 181 people and include an outdoor seating area.

The theater complex, which will be renamed Monica Film Centre, hopes to reopen in late 2014/early 2015.