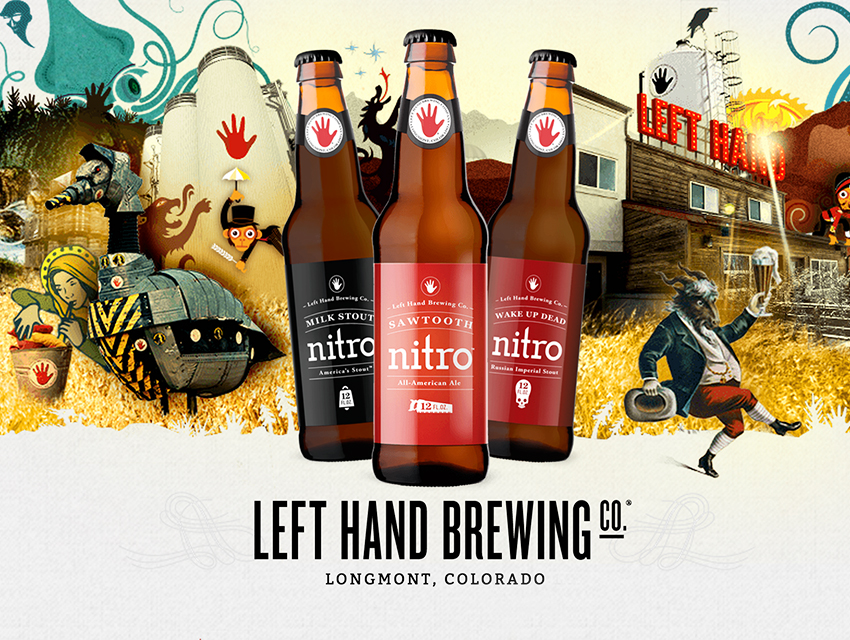 It’s been a great year for L.A. beer nerds that hail from distant lands—like the Midwest. First, Michiganders rejoiced in February when Bell’s Brewery showed up like Santa Claus with a bag full of shiny new beers. I unwrapped quite a few of those delicious presents myself in the spirit of beer Christmas. Now the Mountain West gets its turn—Colorado’s Left Hand Brewing just announced that it will distribute to Los Angeles for the first time ever.

Left Hand has legions of rabid fans. And while it seems like Left Hand would have made it to the Left Coast already, we’ll just have to take solace in the fact that the decision-makers listened to the demands of L.A. beer drinkers.

“There’s not a day that goes by that we don’t get a phone call, an email, a tweet asking when they can find Left Hand in California. It’s been a long time coming!” said the brewery’s vice president of operations, Chris Lennert, in a news release.

Even if you’re not a Colorado native looking for a taste of home, there’s reason to be excited about Left Hand’s debut in SoCal. The brewery was the first to release a bottled nitrogenated beer. You generally find nitro beers served at bars through special taps. The beer takes on a silky smoothness not present when served through a traditional tap. To get nitro beer in bottle form (read: in the comfort of your own home) is incredibly exciting. And Left Hand has bottled nitro versions of three of its most-popular brews.

But fans of the nitro offerings and other favorites like Milk Stout, Black Jack Porter, and Warrior IPA will have to wait just a little bit longer to slake their thirsts—the beers arrive in Los Angeles on June 8.