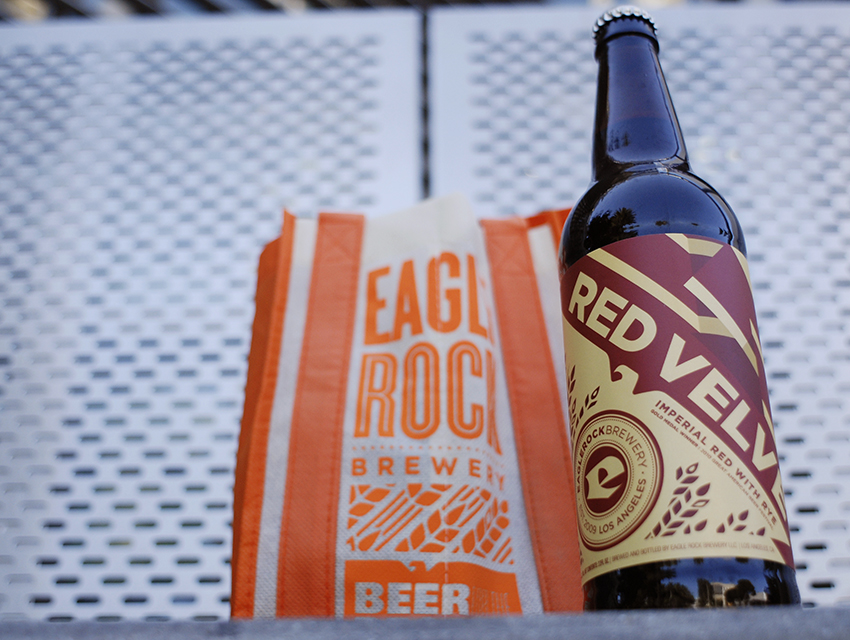 One of Los Angeles’ favorite brews is back. Eagle Rock Brewery’s Red Velvet Imperial Red Ale has returned to bottle shops and the brewery’s taproom for the first time since 2012. And beer nerds are having a collective brew-gasm (one of the best kinds of -gasms).

But Su says they tweaked their schedule a bit to make room for the 10.8% ABV offering this year. And while Red Velvet may not be a signature beer for the brewery, it is a crowd pleaser. After the beer took home a gold medal in the Pro-Am category at the 2010 Great American Beer Festival, beer geeks demanded the strong, chocolaty ale on the regular. So after a nearly two-year hiatus, “pent-up” doesn’t really begin to describe the demand.

The beer offers a moderate kick in the pants for casual drinkers, but the strong flavors are worth a bit of the ethanol shock (remember, the beer rocks a 10.8% ABV). “Let’s call it assertive,” says Su. “The flavors are bold. Chocolate and malt. The malt takes on almost a caramel flavor and there’s a pine flavor that comes from the hops.”

If you can’t make it to the tap room in Northeast LA, your best bet is to seek out the beer in bottle form at shops like Buzz Wine Beer Shop (Downtown), Sunset Beer Company (Echo Park), Bill’s Liquor Store (Atwater Village) and select Whole Foods locations.

And don’t dawdle; Su says she doesn’t expect this Red Velvet run to last more than a month.