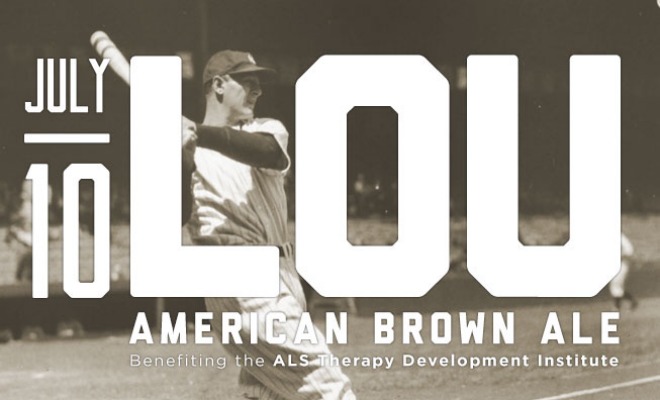 What’s better than drinking a craft brew while supporting a great cause? Eagle Rock Brewery is contributing to the Ales for ALS charity this year with a brand new brew called LOU (named after Lou Gehrig) that is described as a “hop-forward American Brown Ale with hints of chocolate, caramel and roasted malt flavor.” The beer is made using a proprietary blend of hops created by Loftus Ranches and Hopunion (heavy on the Citra and Mosaic variety, to be exact) especially for the Ales for ALS charity.

Eagle Rock will be releasing LOU on Thursday, July 10, with $1 of every pint sold for the duration the beer is on tap going towards the ALS Therapy Development Institute. They’ll also be participating in the larger Ales for ALS event which with take place at Alameda’s Faction Brewing on July 26, along with a dozen other California craft breweries.