Home Drinking How Coravin is Saving Vintage Wine Bottles, One Cork at a Time 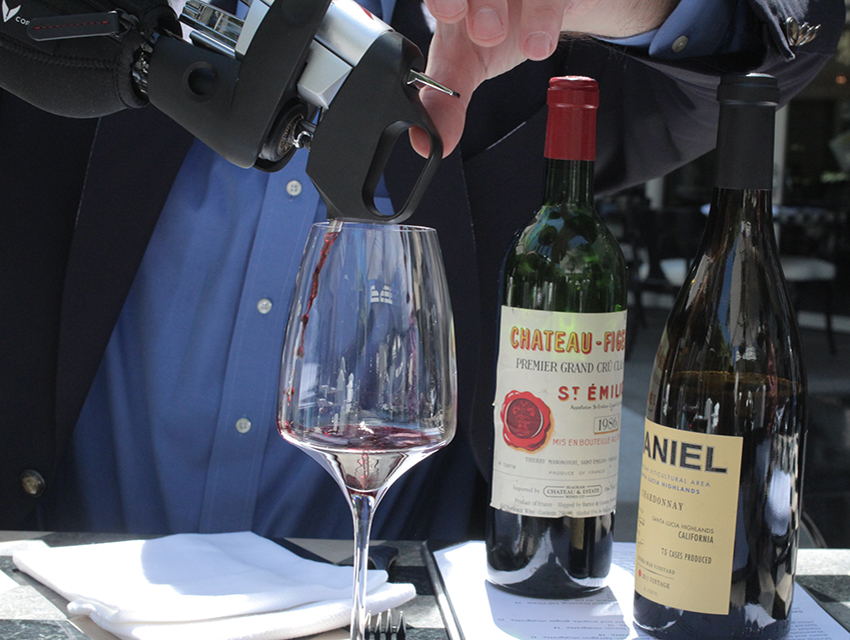 Corked wine is a major bummer among wine aficionados. Removing the cork from a bottle means exposure to air, which in turn lends to oxidization and the spoilage of flavors. That might not mean much for the bottle of 2013 rosé from Napa you just picked up, but when you’re dealing with a luxurious Grand Cru Burgundy from the 1980s, the risk of spoilage becomes much greater (unless you drink it in one sitting). That’s why Coravin, a wine tool that uses a gas-injected needle to pump wine from a bottle without breaking the cork seal, has become quite popular since hitting the market last year.

Coravin’s wine-saving abilities—which allows you to pour wine without removing the cork—make it a must-have tool for wine lovers. It even won a gold medal at the 2014 Edison Awards. In L.A. it’s being used by sommeliers at Osteria Mozza, Little Dom’s, and Fairmont Miramar Santa Monica. But when Coravin founder Greg Lambrecht unexpectedly handed me the wine access device to try out for myself, I was intimidated. Not by its medical-grade needle, it’s argon gas canister, or even its $299 price tag. It was rumors of exploding bottles that gave me pause.

However, Lambrecht assured me that there was nothing to worry about. In fact, he’s been touring the country for the past several months trying to clear up any misconceptions about his invention and answer any questions, as well as celebrate its one-year anniversary. Turns out the stories about wine bottles rupturing because of too much gas, cheap glass bottles, or user error, are false. “It was all bottles that have been dropped and cracked, had survived the fall, but have been damaged so badly that even the low pressure we put into it caused the bottle to break,” said Lambrecht. “It was either the bottom of the bottle that came off, and that’s a clue because it hits the bottom and cracks the base, or it was the shoulder of the bottle.”

Coravin actually adds just a bit of pressure to the bottle, about an atmosphere and a half, during the pour. But if the bottle is damaged, it will come apart. So all one has to do to use the device without incident is first inspect the bottle for any damage and then slip on that Neoprene sleeve the company created in response to the recall this past June. Once I did that with the bottle of 1986 Chateau-Figeac St. Emilion 1er Grand Cru we were sampling, my mind was put at ease. And operating the device was so easy, involving a motion similar to that used with the Rabbit wine opener, except with argon gas power.

For screwtop fans, Lambrecht plans to release a Coravin for that market at the beginning of next year. But the good news is you won’t have to shell out another $299 for a separate device. “My goal is to have the same Coravin and to be able to use it with a screwtop because people have already made a big investment. I would loathe to have to sell them a variety of different types of Coravin,” he said.