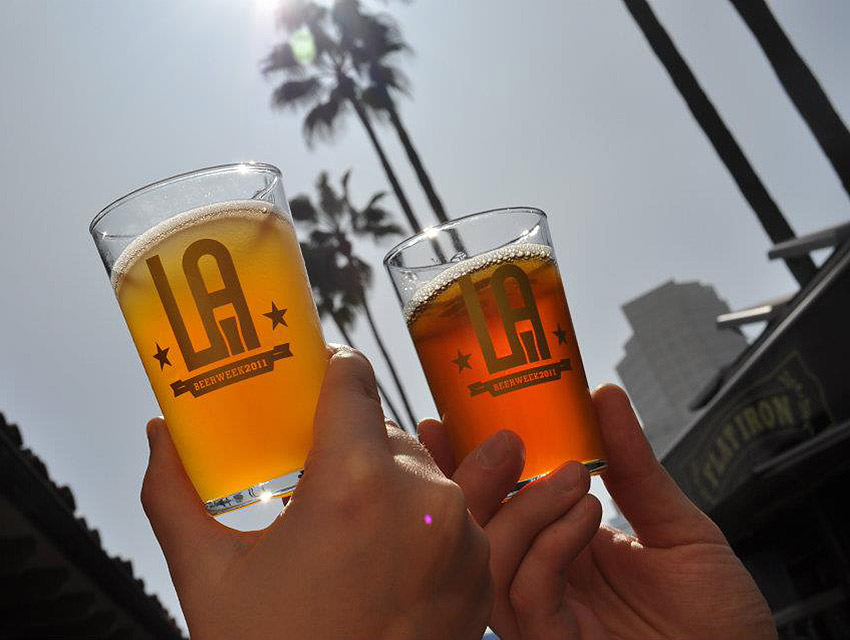 Can you hear the sound of pint glasses clinking and taps pouring? The sixth annual L.A. Beer Week is almost upon us, offering an entire slate of events, specials beers, and collaborations. This year it will be hosted by the newly former L.A. Brewers’ Guild, an organization of local beer makers that includes local favorites like Eagle Rock Brewery, Beachwood Brewing and El Segundo Brewing, among others.

The festivities begin on Sept. 20 with the L.A. Beer Week Kickoff, which will be held in Chinatown and feature 35 local breweries. Tickets will include commemorative glassware and unlimited 4oz pours. Another highlight on Sept. 25 will be the first-ever “Meeting of the Guilds” at Echo Park’s Mohawk Bend, a friendly competition that will pit the newly formed L.A. Brewers’ Guild against members of the San Diego and San Francisco guilds.

As for the rest of the week, there are literally dozens events happening at tap rooms, bars, and restaurants across the city. Look out for a “Beer Battle of the Bands” at the Bootleg Theatre, a sour beer showcase at Beer Belly, a cask ale festival at MacLeod’s Brewing in Van Nuys, and an Oktoberfest party at Angel City Brewing. And that’s just the beginning.

Check out the full event schedule.

And if you want drink in style, pick up a bottle of Unity 2014, the official beer of L.A. Beer Week. It’s a hoppy-but-drinkable American Pale Ale made with California hops and barley, and local dried grapefruit peel. As with past years, the beer is a collaboration between several are brewers including Ohana, King Harbor, Timeless Pints and Eagle Rock Brewery. You can find it at beer stores and bars around town, or for sale at Eagle Rock Brewery.