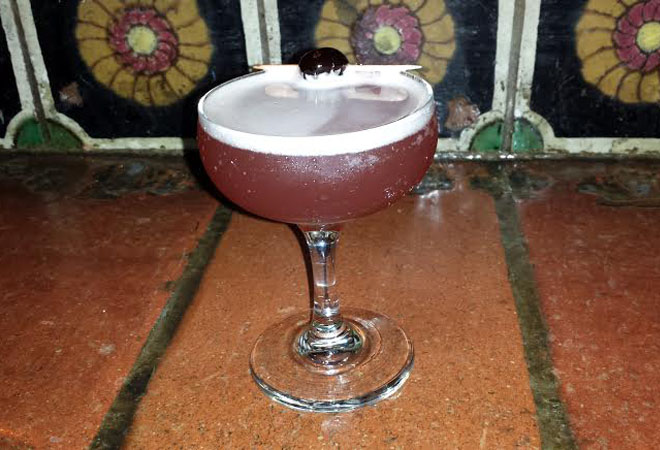 Last week, we mourned the passing of Hollywood legend Shirley Temple Black, who was huge when she was a child actress back in the ‘30s. Even President Franklin D. Roosevelt had said: “As long as our country has Shirley Temple, we will be all right.”

Some of us remembered her for the most adorbs sugar crash ever on The Good Ship Lollipop, others for her work as U.S. ambassador to Ghana and Czechoslovakia. But most will pour one out for her namesake drink, the most famous mocktail. This simple mix of lime-lemon soda/ginger ale, grenadine, and a maraschino cherry was said to have been created for her at either Brown Derby or Chasen’s.

At the Hollywood Roosevelt Shirley Temple had her first tap dancing lesson with famous dancer Bill “Bojangles” Robinson on the staircase from the lobby to the Spare Room, the mezzanine cocktail bar/bowling alley. So it was only fitting the bar create “The Red Haired Alibi” cocktail, named after her first movie. It’s been on their menu ever since they opened three years ago but here’s the recipe for you to make at home while misting up over Shirley’s performance in The Little Princess.

The Red Haired Alibi by Naomi Schimek of Spare Room

Shake briefly and strain into a chilled coupe. Top with Chandon Brut. Garnish with a cherry.