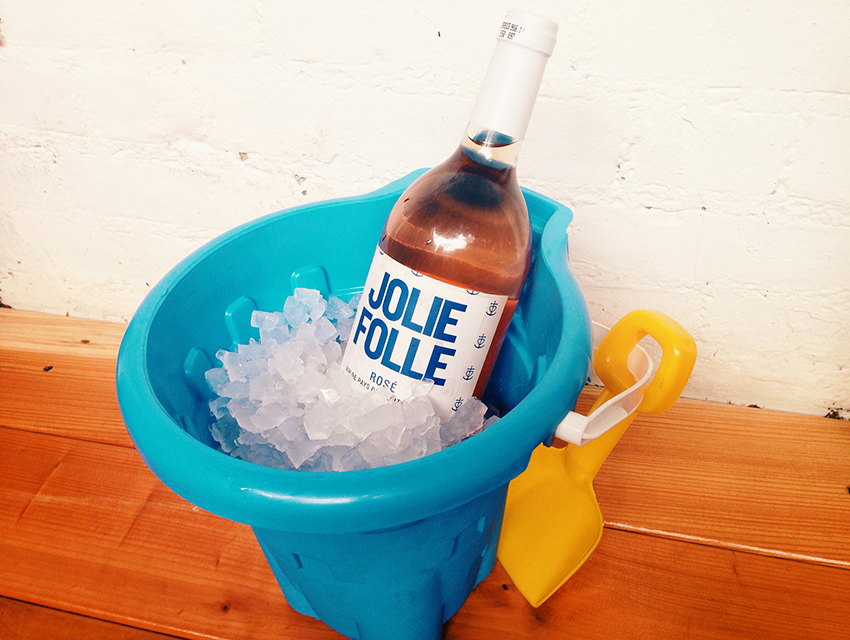 Even though Brilliantshine only opened up a month or so ago in Santa Monica, coowner Josh Goldman has already debuted an expanded version of his opening wine (which launched last Friday). “You can see the difference but we’ve always thought of our menus and concept as fluid and changeable,” said Goldman. “Julian [Cox] and I have always wanted to change everything we do as soon as we do it. It’s challenging and fun as hell. It’s going to change a lot more over this next first year.”

Where the original 10-bottle menu only offered three scant categories of white, red and sherry, the new menu has triple the wine (minus the sherry for the moment). And the whites and reds are further broken down into six sections, like “Light Reds & Roses,” “Rich Whites” and “Big Reds.” The selection itself is a mix of New and Old World, and well-known and lesser-known producers. “They’re either areas that I wanted to highlight on the list that go with [Chef Richie Lopez’s] food [or] things that were historically important to California,” explained Goldman. Oenophiles will definitely nerd out as perusing the one-page list is equivalent to reading a wine history book, with a story behind every bottle.

There’s the Gundlach Bundschu Pinot Noir, from California’s oldest continuously family-owned winery, as well as the Errazuriz Carmenere which put Chilean wines on the map and the Ben Marco Malbec that’s made by “one of the smartest winemakers on the planet.”

Fans of 2008 wine movie Bottleshock, will get a kick out of the inclusion of the Chateau Montelena Chardonnay. It’s the wine that first made France do a double-take at Napa Valley when the California winery stunned the world by winning the Judgment of Paris competition in 1976. “Chateau Montelena is cougar juice but it’s cougar juice that I serve with my head held high,” said Goldman.

Despite his list’s geek factor, however, Goldman doesn’t want to alienate the casual wine drinker. “I want it to reach more than geeks. A wine list for me isn’t about ‘Look how clever I am.’” So newbies shouldn’t fear asking questions, or answering them either as he encourages his guests to reflect on what they’re into rather than what he drinks himself. “I’d rather ask you some questions, find out what mood you’re in,” said Goldman. “Pick the bottle based on what you want given what I know about these wines. Rather than your trying to drink like me, because we have different palates.”

The wine list will continue to grow from here, promises Goldman. “There are just too many things that I want to share with other people in this neighborhood.”

His partner Cox has also just debuted a new cocktail list which has swelled from the opening six to 13 cocktails. Now there are drinks like “The Obligatory Vodka Drink” with vodka, grapefruit, lemon, Peychauds, and sugar, and a Bourbon Milk Punch with Eagle Rare 10-year, almond “milk,” Straus Family cream, Amaro CioCiaro, and bitter chocolate. And don’t worry, Rye ‘n Goslings fans, that cocktail with the best name ever is still there.