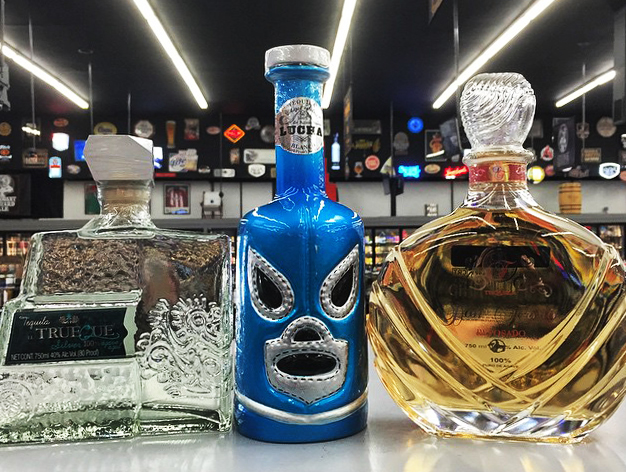 With its stucco exterior and red plastic sign, Ramirez Liquor looks like your average Eastside bodega peddling Scratchers and malt 40s. Step inside the Boyle Heights shop and you soon realize it’s a 12,000-square-foot mixology mecca with 450 varieties of tequila (the largest selection in the world, the owners claim, and we believe them), 100 kinds of wine, and 1,400 types of beer, many of them high-quality, small-batch suds you won’t find in great supply anywhere else.

“It all started with one refrigerator door,” says co-owner Alex Ramirez of the specialty brews. “In the ’90s, even Newcastle seemed exotic.” Ramirez and his brothers began tasting some of the newer beers from early micro operations like Stone Brewing Co., slipping their selections in among the bombers of Budweiser and Coors. “We wanted to compare how they tasted with the Mexican beers we grew up with,” Ramirez says. “Then customers started making requests, and we listened.”

Twenty years later the business is both a neighborhood landmark and a destination for L.A.’s craft beer boom, particularly among young Latinos who make up the fastest-growing consumer demographic in the microbrewing market. Just ask the locals who flock to Soto Street on Saturday nights to buy the bitterest pale ales or potent imperial stouts.

The shop’s popularity has also made Boyle Heights fertile ground for two upcoming craft breweries: Dry River Brewing and the Indie Brewing Company are expected to open in the area this year. A second, more upscale Ramirez Beverage Center can be found a few blocks from the original on Olympic Boulevard, but the flagship seems dedicated to keeping its low-key character. Among the bottles of Ballast Point’s grapefruit IPA and Goose Island’s Bourbon County stout, you’ll find gun-shaped novelty tequila bottles and the best deals on Modelos and Coronas in town. Some things should never change.