Home Drinking Beer Beer of the Week: Golden Road’s Might As Well IPL 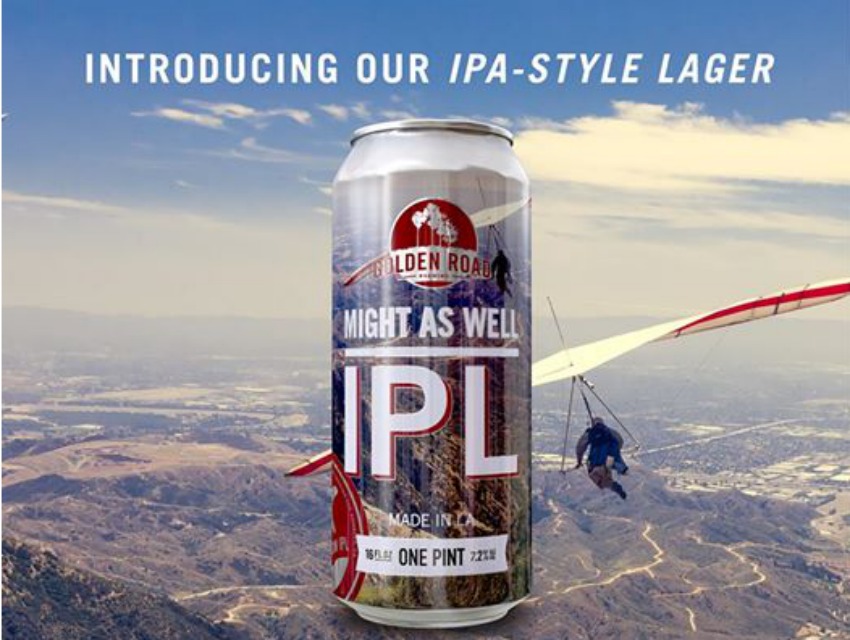 What the hell is an IPL? Even the most prolific beer nerd would be forgiven for not having heard of a India Pale Lager, a niche-but-nascent style of beer that’s gaining ground as more craft breweries figure out ways to pack in the hoppy flavors and aromas of robust Indian Pale Ales into to lighter, more sessionable (lower alcohol) beers. This is especially true in Los Angeles, where the idea of a refreshing beer to suit the hot weather seems more appealing than a heavy-duty hop bomb.

Enter Might As Well IPL, a recently release beer from Golden Road Brewing that combines the best of both worlds. It’s brewed and dry-hopped with a bevy of Galaxy and Calypso hops just like an IPA, but using Pilsner malts and Golden Road’s house lager yeast—the same one used in Golden Road’s popular 329 Lager—rather than a traditional ale yeast. The result is a very drinkable, lighter-bodied brew that doesn’t sacrifice the citrus peel and ripe tropical fruit notes brought on by copious hopping. This style of beer seems to fit in nicely with other SoCal favorites that are both refreshing and flavorful, like Ballast Point’s Fathom IPL, Surf Brewery’s Shaka Citra Session IPA and Modern Times’ Fortunate Islands Wheat IPA. Though, Might As Well packs more punch than most session beers, clocking in at 7.2% ABV.

The label—which features a hang glider mid-flight—is a tribute to avid hang glider and club president Rob Burgis, father of Golden Road CFO Paul Burgis. We imagine it’s also because this can is something you’d reach for to cure a dry throat caused by several hours riding the Santa Ana winds.

Overall, Might As Well IPL is a balanced, all-purpose hoppy lager that might be Golden Road’s best beers yet, even amongst a crowded field of 2014 release that includes the airport-exclusive “Carry On Citrus Ale” and the deep-red 2020 IPA. You can pick up a four-pack at Golden Road Brewing or anywhere their beers are sold.