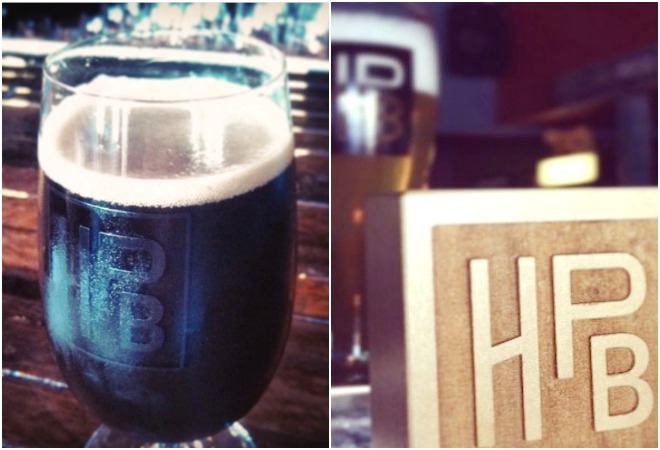 Los Angeles is a great town for coffee beers. We’ve got access to stellar perked-up brews like Smog City’s Groundwork Coffee Porter, Cismontane’s Black’s Dawn, Port Brewing’s Board Meeting, and Noble Ale Work’s Naughty Sauce—just to name a few. Maybe it’s because we like to stay alert, even while drinking.

During a visit to the grand opening of The Hermosillo’s new backroom brewhouse, Highland Park Brewery, this past weekend, we came upon another dynamite coffee beer, aptly titled Wake Up. It’s one of many great new beers created by HPB founder and brewer Bob Kunz and his crew, including a solid citrusy IPA called Hello, L.A. and a sweet, velvety toasted coconut stout called Coco Noche.

Made with locally-roasted, Ethiopian beans from Atwater Village’s Tyresto Coffee, Wake Up packs plenty of coffee flavor, both in its aroma and taste. This black lager is a session beer too, clocking in at just 5.3% ABV. It’s nicely balanced, combining chocolate malt sweetness with a bit of roasty bitterness—surprisingly similar to drinking a really good cold brew coffee (just don’t expect it to sober you up).

Overall this is an easy-drinking but intensely flavored beer that is perfect for a hot summer day, unlike many coffee beers. You can find Wake Up ($5), and occasional Wake Up at Michael’s (a variation infused with lavender), on draft at The Hermosillo in Highland Park.