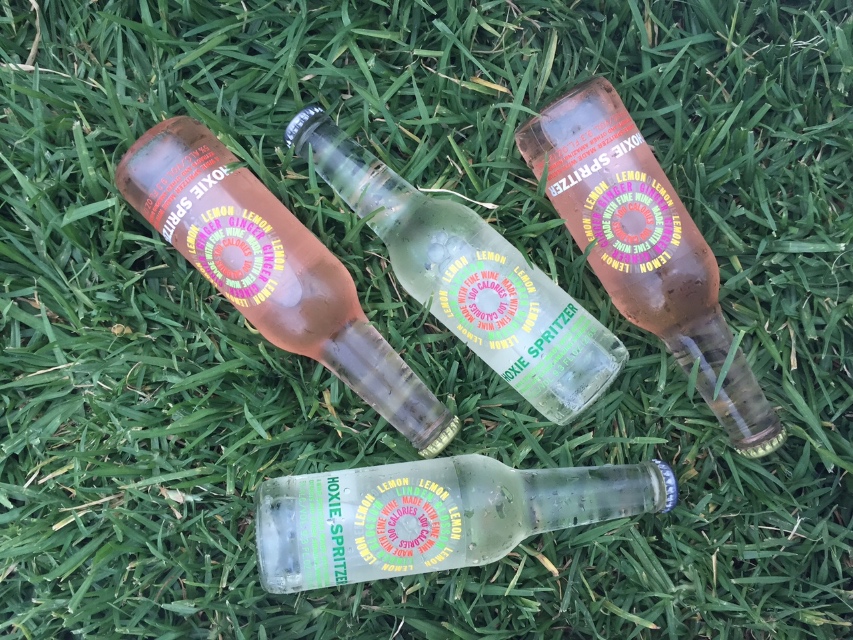 A popular drink in the 1970s and 80s that’s suffered much derision ever since, wine coolers might finally be on the cusp of a real L.A. moment. Canned and bottled cocktails, in general, have been making a splash at spots like Harlowe and The Church Key for some time now, and Terrine’s bar is turning out a Cocchi spritz and a vermouth spritz. Even more specific evidence includes the bottled wine coolers from the Houston Brothers’ Break Room 86, which pay homage with classic flavors like the Fuzzy Navel.

Of course, you can easily make your own spritzer at home with a little wine and some carbonation, but if you want to sip one from a bottle like the neighborhood ladies used to, you’re now in luck—no Bartles & Jaymes required. Hoxie has been popping up at restaurants and wine shops all over town, and it’s shamelessly being sold as a “wine spritzer.”

Originally made in a friend’s garage (it’s now produced with a legit professional process) by private L.A.-based chef Josh Rosenstein, Hoxie comes in two flavors: Lemon ginger, made with rosé and real rose petals, as well as Lemon Linden Blossom. As with most retro-inspired products these days, the concept has been updated with gourmet ingredients—good wine, locally sourced produce, and natural extracts.

“I worked with this old guy named Nick and by 9:00 a.m., he’d whip us up these concoctions of white wine, rinds from the orange juice we just had to squeeze, fresh herbs, and soda water,” says Rosenstein. “We’d toast and work straight through until 9:00 p.m. His spritzer has always stuck in my mind.”

The drink that would become Hoxie began to take shape when Rosenstein moved to L.A. and experienced his first ever farmers’ market while working at AOC.

“After work, Suzanne Goin said that if I really wanted to see something special, I should meet Brian Wolf (he was the chef at Lucques at the time) the next morning at the farmers’ market. I remember being blown away by all the produce—citrus, herbs, greens. It was nuts,” Rosenstein explains.

Benefiting from such farmers’ market finds, Hoxie soft launched in April, and can now be found at places like The Ace Hotel, DomaineLA, and Huckleberry among many others. While the refreshing drink is just right for summer barbecues and patio lunches, Rosenstein is also working on a third seasonal flavor to launch in the fall that will be suited for chillier tempts. Who knows? Guys might even proudly drink it!

See all the places currently carrying Hoxie on the company’s Web site.