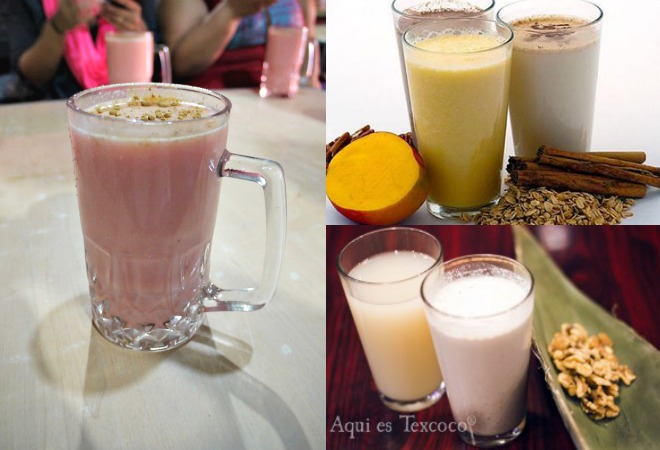 Pulque has been around L.A. for a few years, both in canned form and from scattered street vendors selling pulque made from agaves up in Victorville but both of these products are barely palatable.

For those unfamiliar, Pulque is a milky, frothy, tangy pre-Hispanic alocholic drink made the fermented sap of the maguey, or century plant, that’s extracted from the heart of the noble perennial. Pulque was a brew reserved only for special rituals by the upper classes and by priests in Mezo-American kingdoms. Today, it’s a secular drink that has experienced a Renaissance at Mexico City’s pulquerias boasting to carry pulque from the Mexican states of Hidalgo and Tlaxcala, the two best producers of the product, which usually clock in around 6% ABV.

The problem with pulque in both Los Angeles and Mexico City, for that matter, is that pulque only has a 24-hour period of freshness after fermentation, so most of the pulque in Mexico’s capitol is doctored with various flavors like oatmeal, guava, mango, and celery. The thick viscosity of the older pulque can be too much for some, but when it’s fresh the drink is clean, refreshing and less dense.

So when Aqui es Texcoco owner Paco Perez decided to offer Hidalgan pulque at his city of Commerce restaurant, he knew he had to get it fast.

Aqui es Texcoco is currently serving the best pulque you can get in the United States. One that’s much closer to the product at the source than slimy D.F. Pulquerias (pulque bars), and it’s far superior to the acidic canned product and knock-offs made from local agaves. Perez carries natural pulque, and cured pulques made with fresh strawberries, oatmeal, mango among others depending on availability. In Texcoco — whose food the restaurant specializes in here and where Perez’s family comes from — pulque is the traditional beverage to pair with massive platters of roasted lamb barbacoa.

I can honestly say I never thought Americans would be able to enjoy true pulque domestically. I used to be content with getting on a plane to try pulque, but now I just have to drive to Commerce.