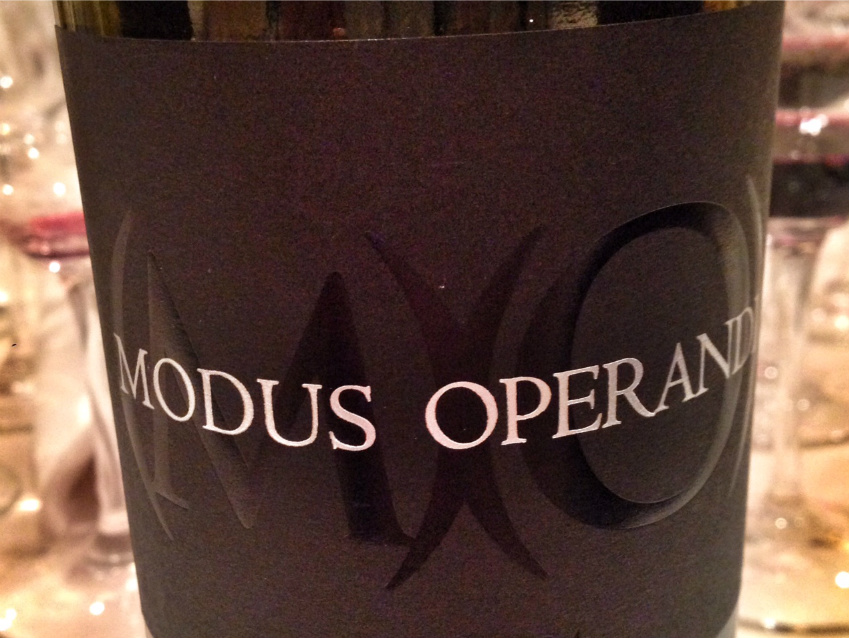 These cold-weather months offer prime early-darkening hours when wine drinkers require something a bit more dense, contemplative, and hearty to lift the evening off its chilly foundations. The grape for the job is none other than Cabernet Sauvignon.

For lovers of this highly tannic, notably acidic, dark-skinned berry, and its finest West Coast expressions hailing from vineyards in Paso Robles, Napa, and the Columbia Valley, there is one annual powerhouse tasting: Stars of Cabernet, hosted by Ian Blackburn of Wine L.A. (formerly Learn About Wine) and taking place each November at The Peninsula Beverly Hills.

If you’ve never been, plan on it for next year. You’ll bounce from table to table, chatting with winemakers, tasting through entire portfolios of splendid bottles. I tried more than 100 wines at this year’s event, and here are the five that emerged at the top of my list. They’re worth seeking out–buy a few bottles, some to drink now and some to hold, though a couple will be tough to find. It’s entirely worth the effort. On cold nights, the wine, paired with a great novel or a good book of poems, will warm your soul.

Backstory: Richard Niner grew up on a farm in West Virginia, so his return to farming after a career in finance, and stints in the sunglasses business and as a strategic planner for Levi Strauss, seemed natural. This Cabernet is produced from vines grown in the Bootjack Ranch on the eastern side of Paso Robles, which Niner purchased in 1999. Patrick Muran, formerly of Orcutt Road Cellars and Blackjack Winery, was named head winemaker in 2013–this wine is the second vintage under his watch and a good indicator of superb bottles to come.

Taste: A lovely ruby color gives way to a nose of spiced, dark red, and black fruit, and earthy character, developing into red cherry and noticeable black raspberry spice on the palate. There’s mouthwatering acidity, fine-grained tannins, and an ethereal smoky note carried through on the finish–like a memorable last line from a great American novel.

Backstory: Proprietors Jonathan and Susan Pey are focused on producing small-lot Cabernets from prime AVAs in Napa Valley—Oakville, Rutherford, and the Stags Leap district. They are such big believers in the principle that wine is “made in the vineyard” that their production process might as well be described as hand-to-glass. Everything is hand-tended, and no machinery ever touches the grapes during harvest.

Taste: Lofty aromatics of graham cracker and black fruit. This is a plush, divinely smooth royal ruby wine of rich ripe black fruit, cassis, and a seamless balance between fruit, acid and tannins–setting a standard, establishing an idea of order, one so sound that even  wine-loving perfectionist poet Wallace Stevens would be hard-pressed to find fault.

Find it in Los Angeles: K&L, or the best bet is through the winemaker’s website.

Backstory: Proprietors Mitch and Tracey Hawkins are leading authorities on organic and biodynamic grape farming–they own an 18-acre estate in the Red Hills AVA in Lake County at one of the highest elevations in the region, around 2,200 feet. Before getting into the wine business, Mitch ran a Hanoverian horse ranch in Knights Valley.

Taste: Dark ruby color, bright red fruit character, sweet oak, a full-bodied wine redolent of raspberry and blackberry. Its savory and herbaceous notes underscore a dazzling mineral-like texture, giving way to lofty cocoa notes on the finish. The punishment that poet Robert Bly refers to when he writes that a judge had sentenced him to “a thousand years of joy”? It should be this wine.

Find it in Los Angeles: Best bet is through the winemaker’s website.

Backstory: Winemaker Jason Moore, the son of a carpenter in Texas, decided one day to stop waiting tables, pack up everything he couldn’t sell, and move his family to Napa Valley to start making win. Just two years later, he had produced eight barrels of his first vintage of Cabernet. As of today, Moore’s wines have been served at state dinners in the White House, and his small family of brands is expanding, albeit not by great volume, but enough to allow him to try out new expressions.

Taste: With a gorgeous purple core, leading to a pretty ruby at the edges of the glass, this wine is all rich, round, silky, and soft, showing the more feminine sides of Cabernet with elegant floral notes, supple black fruit and nicely integrated oak, from barrel-fermentation. It’s a wine of such fine character it could have been one of F. Scott Fitzgerald’s consequential protagonists.

Find it in Los Angeles: K&L for other vintages, or best bet is through the winemaker’s website.

Backstory: Partners Jeff Tanner and Rob DaFoe are behind this tiny production cult Cabernet from Santa Ynez Valley (not the first place you think of when you think of great California Cabernet). Tanner, who grew up on a farm in North Carolina, ditched a career in finance to move west to California and worked his way up from intern to producer of films and commercials. DaFoe, a former professional big-mountain snowboarder, decided in retirement to make a film about learning to make wine, which gave him access to two historic pro sages: Warren Winiarski (Stag’s Leap Wine Cellars) and Paul Draper (Ridge Vineyards). Tanner and DaFoe met in 2007 and by 2009 had decided to set their winemaking dreams into motion. Though they produce a small amount—approximately 167 cases as of now—subsequent vintages like the 2011s are wholly worth seeking out.

Taste: Black fruit mingles with oak, rose petal, and herbs on the nose in this deep-ruby wine. An incredible grip on the palate is rounded out by soft red and black fruit, which unfolds into a menagerie of spices and a lengthy finish tinged with sweet tobacco character—like one of those heralded cigarettes the poet Billy Collins writes about in “The Art of Drowning.”

Find it in Los Angeles: Wally’s Wine, K&L or via the winemaker’s website.