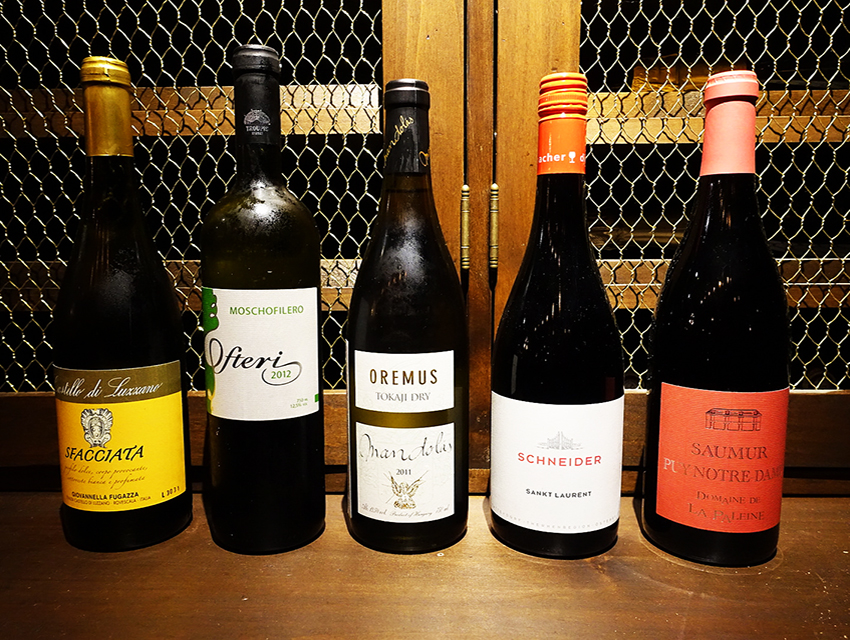 Photo by Caroline on Crack

As a wine drinker you probably have your favorite varietals that you stick to. But at D’Vine Wine Cellar they would love to expand your horizons if you’re open to it. Naturally they carry popular varietals but also unusual, borderline geeky wines. “We have stuff that’s approachable and accessible but we wanted to push the envelope with varietal choices and regions that aren’t the common everyday stuff,” explained D’Vine General Manager Jeremy Light. “We offer the stuff not everybody offers, even if it is a lesser-known producer and a lesser-known region but the same varietal. It’s fun to experience a new varietal and a new region as well.”

The two-month-old downtown wine bar, in the cellar of the O Hotel and adjacent to nightlife hotspot Honeycut, has 50 bottles of wine, half of which they offer by the glass. The staff is knowledgeable and eager to turn you on to alternatives to your same-old favorites. And you should take them on it. Because here’s an opportunity to explore beyond what you already know and be pleasantly surprised.

Just tell them what you’re into and they’ll give suggestions and a taste at no extra charge. As an example of what you have in store, Light offered alternative options to popular varietals.

Instead of Moscato. “Castello di Luzzano ‘Sfacciatta,’ Sparkling Malvasia Emilia-Romagna, Italy, 2012, a sparkling Malvasia for the Moscato lovers, it’s a bit sweet but a little more balanced than a lot of Moscatos which are very candied. This one is more balanced with the acidity on it. There’s definitely a presence of sweetness there. Malvasia is also a dry Italian white wine but they made it a sparkling, sweeter style. Picked at a little later harvest. It’s a fun wine.”

Instead of Sauvignon Blanc. “Fteri 2012 Moschofilero, an indigenous Greek white varietal. Fairly light, good acidity, minerality. Doesn’t quite have the crispness of a Sauvignon Blanc but similar between that and a Muscadet, you know that oyster shell minerality.”

Instead of Riesling. “Oremus, ‘Mandolas’ Furmint, Tokaji, Hungary, 2012, a Hungarian white wine, which typically people know as a dessert wine but we have a dry style of that. It has a little bit of richer characteristics to it but a very dry style of that.”

Instead of Pinot Noir. “Schneider, Sankt Laurent, Thermenregion, Austria, 2012, an Austrian red grape varietal is similar to Pinot Noir, a little bit bigger than a Pinot Noir. Just to turn people onto new options. We’re here to educate people if they’re interested. This is our bestselling red, partly because our staff loves it and they get behind it. It’s a little bit bigger. There’s a little bit more structure to it than Pinot Noir. But it has a similar acid level. That cherry cola but not quite as delicate as a red Burgundy but similar. So people who really love that tend to love this, and it’s great to learn a grape varietal in the region.”

Instead of Cabernet Sauvignon. Domaine de la Paleine Saumur Puy-Notre-Dame, Loire, France: “We have a really great Cab-Franc, it’s another Bordeaux grape but it’s 100 percent Cab-Franc. It’s bigger but it’s not as tannic as a Cabernet Sauvignon people have been really into it. It’s kinda clean with a little bit of earth in it but not so much. Definitely not a fruit bomb, definitely Old World style.”