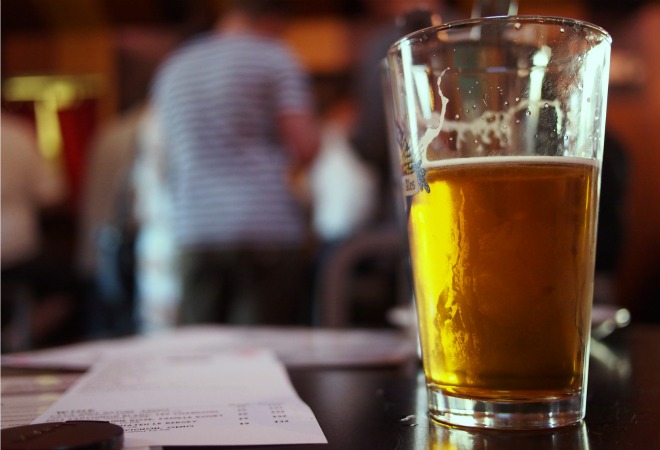 Craft beer’s ascent to popularity was fueled by the IPA. It’s one of the most brewed, most beloved, and most discussed styles of beer, and the hoppy ales have become a barometer for craft beer culture from San Diego to Maine. The craft scene in Los Angeles may be young, but there are some world-class IPAs available if you know where to look.

India Pale Ales (nobody calls them that) were first brewed in England in the 18th century, but regardless of the true origin story of the IPA (and there are a couple of books that delve into the myths), the IPAs of today bear little resemblance to those English brews. American craft brewers have co -pted the style and stretched its boundaries in every direction. There are seemingly countless variations and sub-styles of the IPA being crafted, and there’s a permutation that will appeal to every hop-loving beer fan.

L.A.’s craft breweries have embraced the popularity of the IPA, and the growing ranks of craft beer fans in the city are thirsty for more. With nearly every brewery in the county offering their take on the hop-forward ales, there’s a nearly overwhelming variety to choose from. I spoke to brewers, bar owners, and the craft beer fanatics who live for the hoppy punch of IPAs about what makes an IPA stand out from the crowd, and which breweries are making the IPAs that every Angeleno should try.

Eagle Rock Brewery – Populist
As founder of the LA Beer Hop beer tour service, Hal Mooney has taken hundreds of adventurous beer lovers on expeditions to the craft breweries and bars of Los Angeles. He’s gained a perspective on the preferences of the beer drinkers of L.A.

“There’s an incredibly wide range of craft beer fans we get to meet on our tours,” Mooney told me via email. “and from what we’ve gathered, the essential L.A. IPA is Populist from Eagle Rock Brewery. The magic of it is that it’s an IPA that consistently changes people’s opinion of what a hoppy beer can be.”

Populist is a 7% ABV West Coast-style IPA that is bursting with juicy citrus flavors and a bracing bitterness. When Eagle Rock Brewery was founded in 2009 it was one of the first production breweries in Los Angeles, and the family-run operation has built a fervent following on the strength of Populist and their other core brews. The local-favorite IPA is available in 22-ounce bottles (check the neck for a “Best By” date to ensure you’re getting a fresh bottle), on-tap at various bars and restaurants around town, and at the brewery’s tap room.

Golden Road Brewing – Heal the Bay
L.A.’s largest craft brewery, Golden Road Brewing, has IPA in its DNA. Founder Tony Yanow’s love of hoppy beers gave the brewery a clear mission, and GRB has produced a bevy of IPAs since opening in 2011 — from the flagship Point the Way IPA to the year-round Wolf Among Weeds Double IPA to a rotating roster of IPAs tuned to the seasons of Los Angeles. The man behind the brews, Brewmaster Jesse Houck, is a hophead known for creating dry and pungent beers that showcase the delicate flavors of the hop flowers, and his opus thus far is the summer-seasonal Heal the Bay IPA.

Heal the Bay is a collaboration with the Santa Monica-based nonprofit of the same name, and a portion of the proceeds from sales of the light and intensely tropical brew benefit the charity. When it was introduced in 2013, IPA lovers immediately took note, and the beer has built a strong following and won the brewery many new fans.

Heal the Bay boasts a cocktail of fragrant hops from New Zealand that provide the blend of fruit, citrus, and a subtle earthiness that stands starkly against the very light malt character. It’s the rare beer that is both refreshingly light and complexly flavorful: a brew that disappears from your glass in a hurry. The IPA is available for a limited time in four-packs of 16-ounce cans, and on draft around town as well as Golden Road’s brewhouse.

El Segundo Brewing Co. – Hop Tanker
Near the airport, across from Gene Simmons’s craft beer bar Rock & Brews, is the modest taproom and production brewery started by hop-loving homebrewer Rob Croxall. El Segundo Brewing has built a name as one of Southern California’s most hop-focused breweries, and their line-up of IPAs and pale ales demonstrates masterful manipulation of hop flavors. Their White Dog wheat IPA is light, tart and citrusy; Grand Hill IPA is deep, earthy, and piney; Mayberry IPA is tropical and bursting with berry flavors.

The even hoppier and stronger double IPA Hop Tanker is loaded with the popular Citra and Nelson Sauvin hops — varieties that provide big citrus, tropical fruit flavors and a deep Sauvignon Blanc-like character. This beer will give your nose a workout, and the 9%-alcohol brew is fortified with flavorful Vienna malt to provide support for all those hops. While the result is not exactly balanced, it is deceptively easy-drinking.

Hop tanker is available in bottles at better bottle shops around town and you can occasionally find it on draft as well.

Beachwood Brewing – Pretty Much Anything
Just a couple of years ago you couldn’t make this claim, but today Los Angeles craft breweries are making some world-class IPAs. I asked Bar Manager of Santa Monica’s Library Alehouse and Certified Cicerone® Alex P. Davis which IPA best captures the spirit of craft brewing in Los Angeles right now, and he told me “any IPA brewed by Julian Shrago”.

Shrago is the co-owner and brewmaster of the lauded Beachwood Brewing brewpub in Long Beach, and his name came up again and again as the best IPA brewer in the land. Like a painter working at his palette, Shrago is a master of layering hop flavors into distinct profiles, and he has concocted more than two-dozen different IPAs in the three years since the brewery opened. From the “flagship” Melrose IPA that gets a bottle release a couple of times a year, to the weapons-grade, over 10% ABV anniversary Greenshift, Beachwood churns out unique IPAs that can awaken even the most jaded palates.

One Beachwood IPA stands out among the pack of amazing brews: the complex, aromatic, and refined Amalgamator IPA. It’s a showcase of the Mosaic hop variety in all its citrus, tropical fruit, and berry-candy splendor, and the beer is, as Hal Mooney put it, perfection. There’s no claim of balance in this IPA, just a pungent, nearly-overwhelming hop explosion.

The good news is a new batch of the superlative IPA should be available soon, so watch the list at Beachwood Brewing and dust off your growlers. Even if you can’t find Amalgamator, you can’t go wrong with any of Beachwood’s IPAs.

A few more options
You can’t go wrong with any of those four IPAs (or any of the others mentioned above), but there’s more to IPAs in L.A. than straight-ahead West Coast style brews. The local breweries are also making black IPAs, white IPAs, and other variations on the hoppy theme that are finding niches with hop lovers.

Try these examples if you’re looking for something a little different:

Strand Brewing’s Musashi is a black IPA that blends toasted and deeply flavored malts with more mild hops with a spicy, herbal aroma.

Smog City Brewing in Torrance makes several IPAs including the fan-favorite Amarilla Gorilla and flagship Hop Tonic, but it is their experimental IPAs that are most exciting. Hop Tango is a variation of Hop Tonic adulterated with mango puree, and it is as wildly flavorful as you can imagine. Grape Ape is not a single beer but a series of IPAs each brewed with the must or concentrate of a different wine grape varietal. With wine/beer hybrids becoming increasingly popular, Grape Ape is like glimpsing the future of craft beer from the comfort of your local brewery.