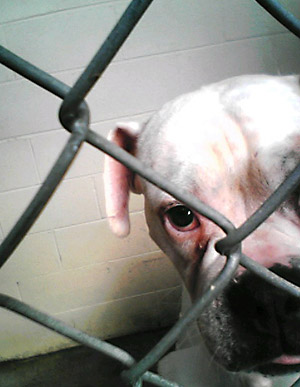 In a quarter century of journalism I have written about all manner of tragedy and injustice—accidents, disasters, derelictions, innocents caught in crossfires—but no story of mine has generated as much response, ever, as What’s a Dog Worth?

Upon its publication, the magazine was deluged with letters, e-mails, phone calls, and requests to reproduce the article. “Thank you for delivering such a painful truth,” wrote one reader. “I felt sick after reading it,” added another. “This wasn’t just some story about stray dogs,” a third told us. “It was a commentary on who we have become—and I for one am very scared.” It is not that the public is callous to the suffering of fellow humans or, as some have suggested, that we care more about pets than about people. But animals, and especially dogs, as our companions and guardians and rescuers, expect the best of us, or at least better than we, as a society, have shown ourselves capable of giving—and that discrepancy, between what we want to believe about ourselves and how we actually behave, tends to get under our skin.

When I began the story, Ed Boks had just been hired as head of L.A.’s Animal Services, the seventh general manager in a decade. He vowed to make L.A. a “no-kill” city by 2010. Whether the shelter system is able to achieve that goal—one clouded in politics and semantics—Boks was not. In April, he submitted his resignation, effective June 30, ending a tenure marked by modest gains and painful missteps. Because the same agency entrusted with saving the lives of animals is also expected to dispose of unwanted animals, no job at City Hall has proved to be more thankless.